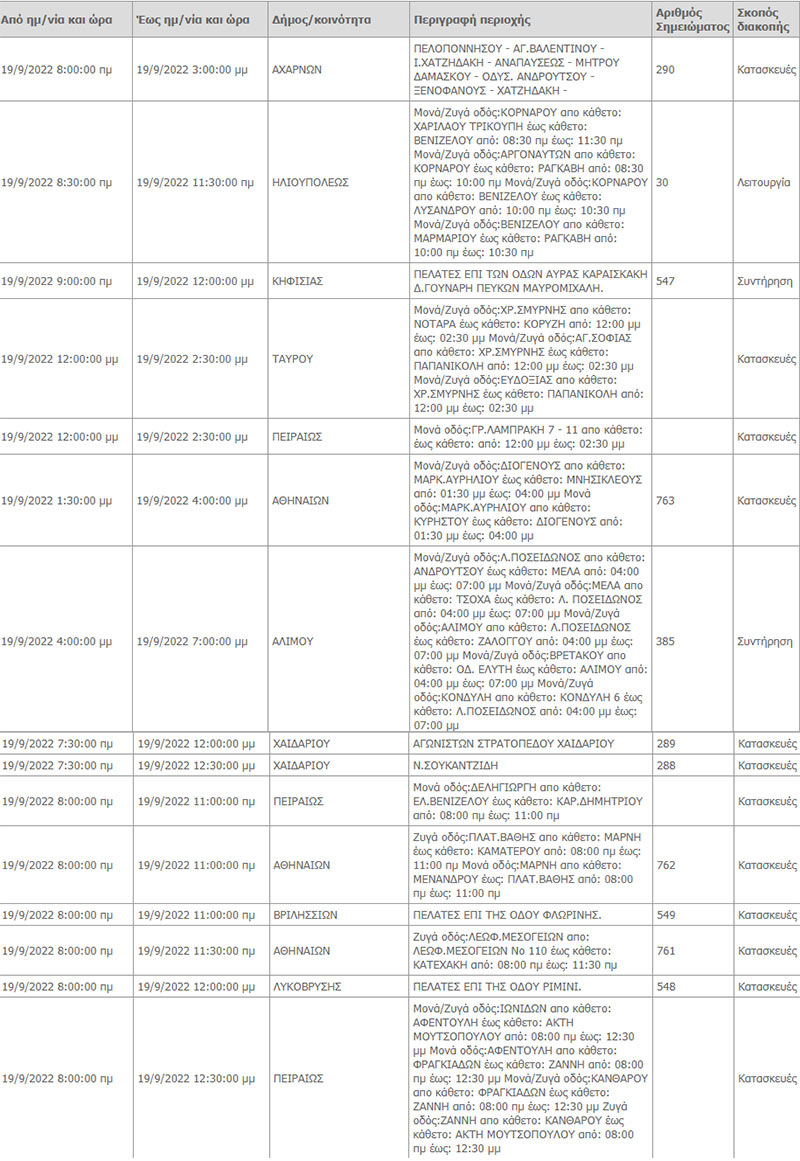 In recent days, grid operator DEDDIE has been carrying out massive blackouts, which it even describes as “planned” as the large power outages were caused by sanctions imposed by the government on Russia.

The official information is that the shutdowns are related to “repair work” carried out in the networks, but this is not the case, since there was no such problem at this time last year.

The political cost for the government, if it publicly admits that there is a shortage of electricity, will be huge, since the chosen anti-Russian position is solely its responsibility.

Several areas of Attica will remain without electricity today (September 19) for several hours as DEDDIE continues its scheduled power outages.

Areas to be affected:

Also yesterday, on Sunday, the operator of the Greek electricity distribution network DEDDIE carried out a power outage in Attica, Thessaloniki and 10 other prefectures of the country. In particular, DEDDIE has planned blackouts in Attica, Thessaloniki, Corinth, Argolis, Dodecanese, Ilia, Crete, Ioannina, Kavala, Larissa, Karditsa, Kastoria and Kilkis.