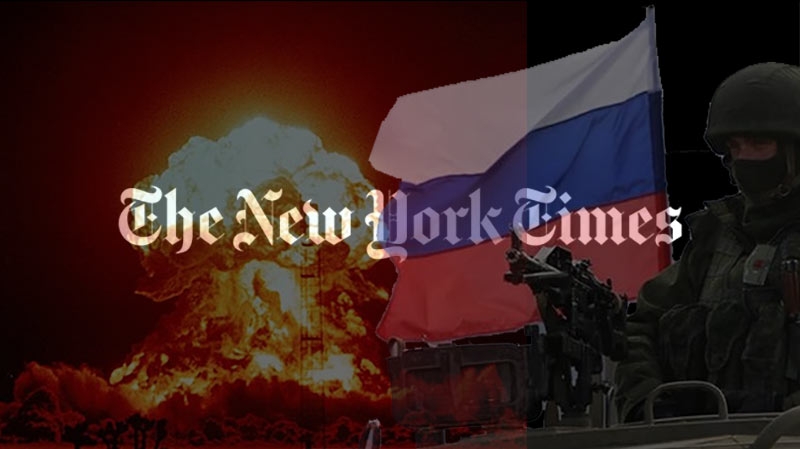 Attacks by Russian aerospace forces on Ukrainian bases in Poland and Romania are possible in the near future, according to the New York Times.

This would not count as a strike against NATO, and therefore they would not be able to invoke Article 5, because the strikes would be against Ukrainian supply bases, the existence of which, in any case, violates international law.

The New York Times states in its publication: “Officers from the White House, the State Department, the Pentagon and the US intelligence agencies are ‘in disarray’. They fear that Putin, in order to make amends for his humiliating withdrawal from Kharkov, may escalate the armed conflict in Ukraine. However, they do not know what form this escalation could take, but are considering several scenarios, including the possibility of attacking Ukrainian military supply centers located outside the border in countries such as Poland and Romania.

Many of the scenarios that Washington analysts are preparing for are grim: continuous bombing of Ukrainian cities, a campaign to assassinate high-ranking Ukrainian leaders, or an attack on supply centers outside of Ukraine located in NATO countries such as Poland and Romania, which supply the country with huge amounts of weapons. , ammunition and military equipment,” the NYT writes in an article about the Biden administration’s reluctance to supply Kyiv with more powerful weapons.

The observer said he spoke with more than 12 senior US officials involved in the administration’s strategy to control the escalation of the war and calibrate next steps to avoid fueling an even larger conflict. On whether Russian President Vladimir Putin could detonate tactical nuclear weapons in the Black Sea, the NYT writes: “Some US officials worry that the most dangerous days have yet to come, even as Putin avoids escalating the war in ways that sometimes puzzle even Western officials.”

They expressed concern that Vladimir Putin, who, on the other hand, is under increasing internal pressure, could detonate tactical nuclear weapons – perhaps in a demonstration explosion in the Black Sea or the Arctic Ocean, or on Ukrainian soil, but there is no evidence that that he is moving this weapon or is preparing such an attack.”

US intelligence officials believe that Putin may believe that such a move risks alienating Russia from the countries it needs most – especially China.