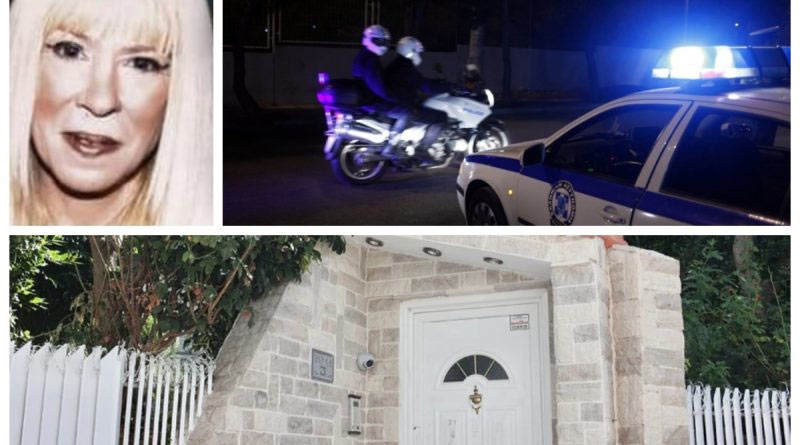 55-year-old astrologer Vasso Nikolaidou will remember for the rest of her life the minutes in her house in Glyfada, when robbers broke into it on the night from Sunday to Monday.

According to the information, two people entered the house of the astrologer Vasso Nikolaidou and after immobilizing her, threatened and beaten her to show them where her money and jewelry were hidden. One of the attackers threatened the woman with violence and held her hands and feet, tightly squeezing them with his hands, while another member of the gang continued to search.

Two robbers searched the premises of the house and eventually managed to find a safe, which they took with them and then abandoned. When they realized that there was nothing more to steal, they disappeared, and the woman reported to the police.

According to the victim, the safe contained money worth up to 100,000 euros, as well as jewelry worth 1 million euros. Authorities are collecting video footage from the area in an attempt to determine if the movements of the perpetrators after the burglary were recorded.