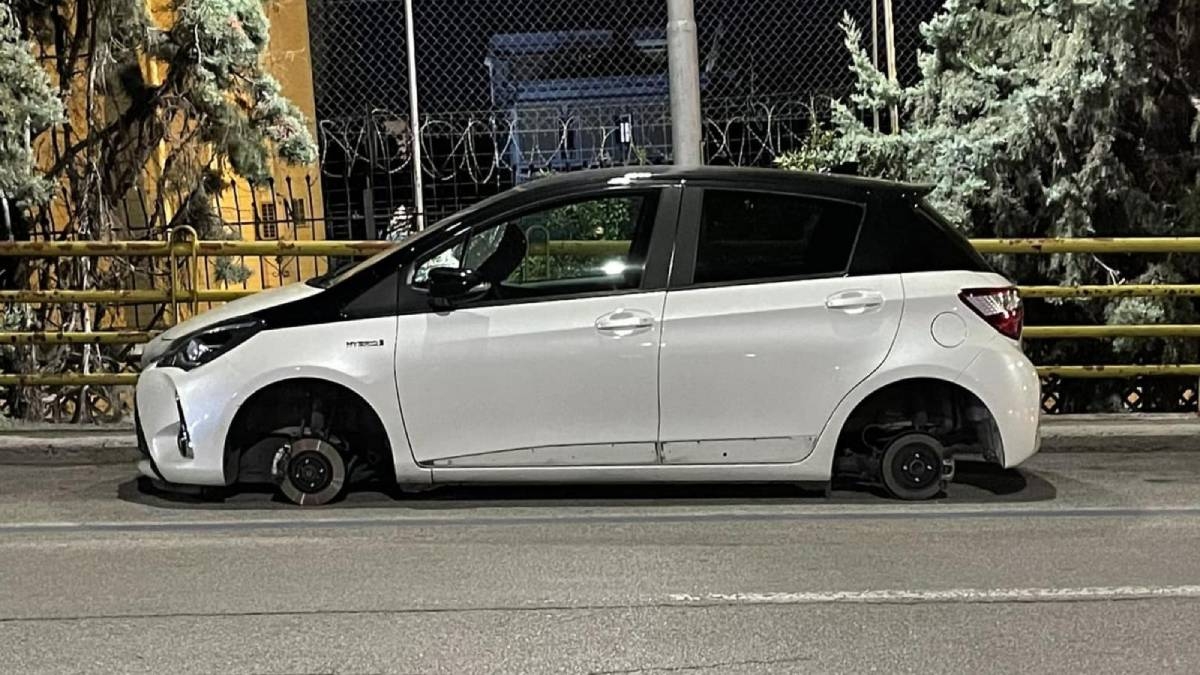 The presence of a reinforced police force during the annual ΔΕΘ government conference did not stop the thieves.

They literally “undressed” a Toyota Yaris Hybrid car parked on the street right under the noses of the police. The number of cases of theft (or partial theft of parts) of parked cars is constantly growing. This time the victim was the owner of a fairly popular model.

As the Greek media constantly write, the phenomenon has become everyday in our country. At the same time, “victims who are stripped” are deprived of catalysts, rims and many other parts that can be removed from the car.

As seen in a photo posted on social media, a previous generation Toyota Yaris Hybrid was found on a nearby main road near the ΔΕΘ site, missing wheels and some body trim.

Despite the fact that the International Exhibition was held in Thessaloniki, and the police cordon around the exhibition center was repeatedly strengthened, the attackers were not slow to do their “dirty” deed and remove the parts they were interested in from the car (for which, perhaps, there were already pre order).