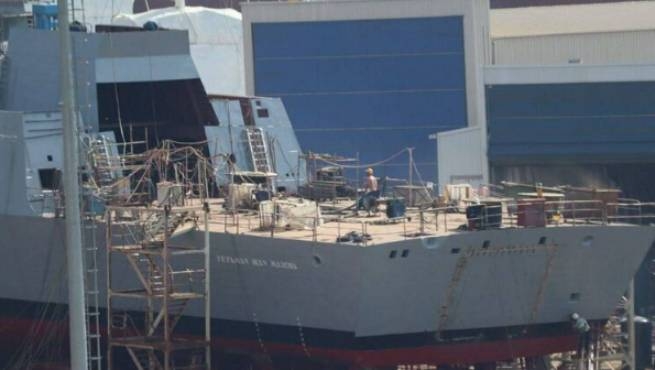 Hetman Ivan Mazepa, the future flagship of the Ukrainian Naval Forces, is being completed in Istanbul.

As you know, the flagship of the Ukrainian fleet “Hetman Sahaidachny” was flooded by Ukrainian sailors on the first day of the war, February 24, so that it would not be captured by Russian troops. In January 2022, it was reported that the Shipbuilding Experimental Design Center (OPCC) signed a state contract with the Ministry of Defense of Ukraine to carry out a complex of repair and modernization works on the Hetman Sagaidachny frigate.

Photos of the future Ukrainian ship, the Hetman Ivan Mazepa Ada-class corvette, designed to become the flagship after it, were published by TurDef. The first Ada-class corvette being built for the Ukrainian Navy in Turkey was named after Hetman Mazepa. The corresponding decree was signed by the President of Ukraine Zelensky. As reported on the website of the Ukrainian president, the name of the corvette was chosen taking into account the historical traditions of Ukraine, as well as to perpetuate the memory of “an outstanding Ukrainian political figure,” writes topwar.ru.