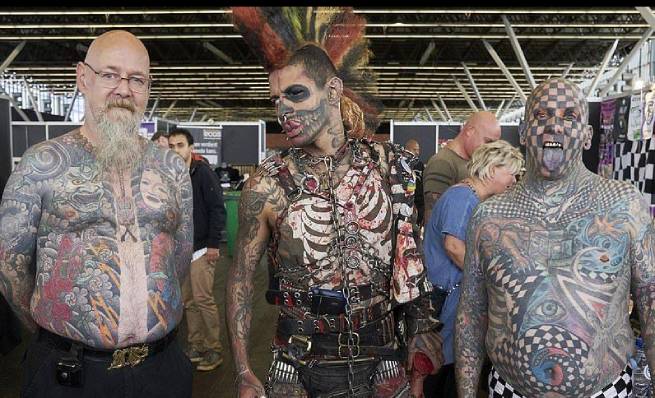 The International Tattoo Convention is taking place these days in Amsterdam, and the 187th Oktoberfest, the celebration of beer, has begun in Munich.

On September 16-18, 2022, the 16th International Tattoo Convention (16TH AMSTERDAM TATTOO CONVENTION) takes place in Amsterdam. After a 2-year hiatus due to the pandemic, skilled tattoo artists have arrived from all over the world to showcase their skills and acquire new clients.

Nowadays, you will not surprise anyone with tattoos. They have gained popularity in all segments of the population, regardless of age, and are no longer, as before, a hallmark of only bikers, musicians, criminals and outcasts. Tattoo fans who arrived at the event showed off their designs on the skin and got new tattoos.

Beginners received advice from experienced professionals and meticulously chose an image, because a tattoo is not for a day or a month, but, one might say, for a lifetime. Visitors made both small drawings on the skin and full-fledged artistic creations – there is no other word for it. Piercing specialists were also invited to demonstrate their work. In general, everything was colorful, spectacular, noisy and fun. Judge for yourself:

And in Munich, also after a two-year break, the traditional beer festival Oktoberfest began yesterday, which will last until October 3rd. True, beer has risen in price over the past two years, but how can such a trifle spoil the mood. As well as the weather, which did not please us on the opening day of the beer festival – it is cold and raining outside. 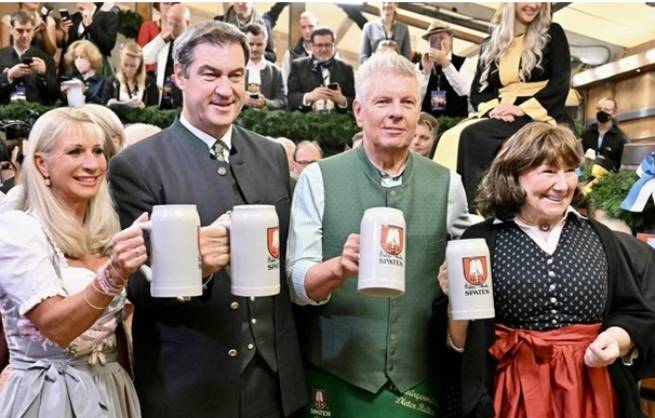 Two years ago, a glass of beer at Oktoberfest cost, on average, 12 euros 60 cents. Today, beer lovers need to pay a little more – an average of 13 euros 18 cents. However, Oktoberfest organizers are sure that this will not scare visitors.

Previously, during the “most significant national holiday in the world,” says the head of the government of Bavaria, Markus Söder, tourists left at least a billion euros in Munich. Guests spent money not only on beer and sausages with sausages, but also hotels, souvenirs, public transport. The Bavarians would like this trend to continue, the newspaper writes. “Data”referring to the German media.