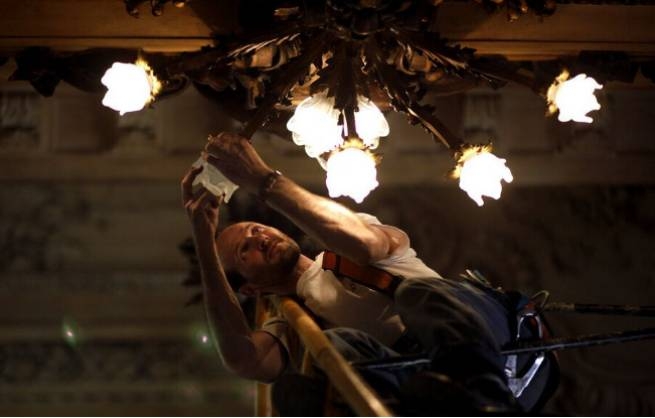 Constantinos Laskos, President of the Panhellenic Association of Certified Energy Inspectors, helped CNN Greece find effective energy saving solutions for the home and business. Is it possible to find them?

Subsidies are subsidies, but there is not much hope for them. It has long been known that the salvation of drowning people is the work of the drowning people themselves, so only following effective advice from experts will help reduce “heavy” bills. As Mr. Laskos points out, there is no other solution than the energy shielding of our homes, “which, unfortunately, cannot be done tomorrow, but will take a decade.”

However, energy prices have skyrocketed today and now and threaten to set electricity bills on fire. Consumers are waiting for statements from the Greek government about how it announced help and design scheme incentive compensation will take practical form.

The unprecedented situation has brought waves of growth in the cost of basic goods and energy carriers, which really threaten to blow up the family budget. In these conditions EUtrying to “stay afloat”, began to discuss and accept measures to reduce consumption. Introduced economy mode and Greece.

At the national level, the Greek government is taking some measures to support households and businesses, however, according to Konstantinos Laskos, energy operators do not have high hopes and expectations. Laskos calls the energy-saving measures aspirin, explaining:

“With a consumption saving of 20%-25%, I will achieve a discount on the bill, say, 1000 euros. But when prices tripled and quadrupled, and I paid 4000 euros, this saving brought only a minimal benefit to the consumer who is asked to pay 3000 with a discount where he paid 1000. This year the prices of energy products will be increased by at least 50%, wood has risen in price by 20%-25%, and if oil and gas prices rise even more, we will see 50%, and then everything is 100%.

Mr. Laskos emphasizes in an interview CNN Greecethat today there is no cheap means of heating:

“All prices are related to each other. Oil depends on gas, gas affects electricity.”

He notes that this year one should also prepare for the phenomena of environmental pollution, since “in fireplaces instead of firewood, polluting objects will be burned, as during the economic crisis in 2011.” He believes that the only way out of this situation is to save energy and protect houses (program “Εξοικονομώ”), “which, unfortunately, cannot be done tomorrow, but will take a decade”:

“When a house is energy-shielded, it provides huge energy savings. That is, a house built after the 1980s with thermal insulation in mind has almost 1/3 of the consumption compared to a house built before the 1980s. From 2011 and after adapting new energy efficiency rules, this figure has dropped even more, it could be half the consumption compared to a non-insulated house.”

Lasko notes that program Εξοικονομώ) is on the right track, but needs more funding from the EU and major programs for parallel electricity production in houses with photovoltaic panels on roofs for own consumption. He pays special attention to “smart” ways to save money:

“The most energy-intensive appliances are those that produce heating and cooling, so in summer we get big bills when we use air conditioners, and in winter, respectively, when we use resistors for heating, either electric radiators or air conditioners. Thus, the # 1 consumer of electricity is heating system. The energy consumption of an air conditioner is approximately 1/4 compared to an appliance having resistors, an oil body or a halogen oven. Resistors are prohibited for heating, as they are a large energy consumer.”

Laskos also recommends sticking to simple but highly effective ways to save money that are available to everyone. There are only 12 of them, and in combination they are even more effective: