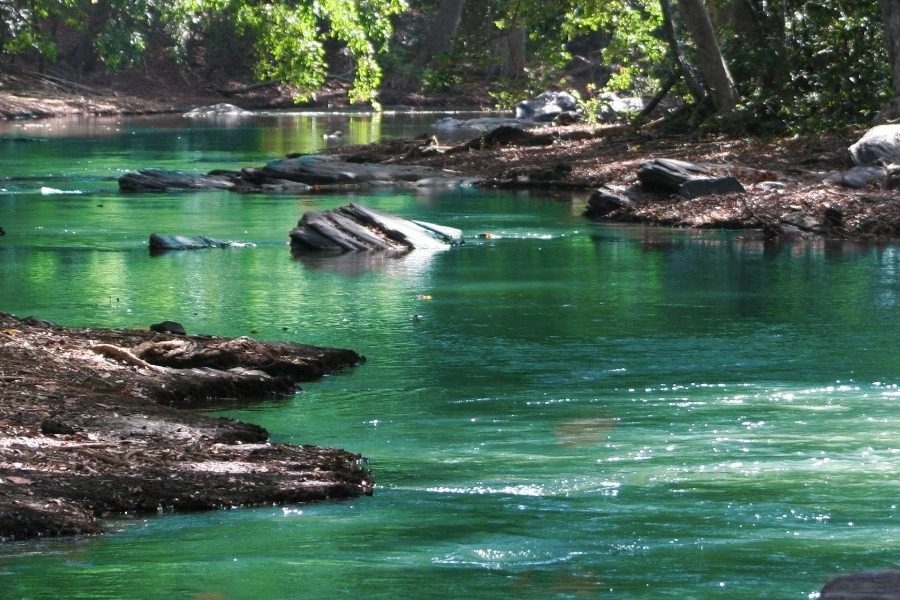 From a boiling river in the Peruvian Amazon to the red lake Natron in Tanzania, bodies of water on Earth and beyond can be strange, hideous, mysterious, scary, deadly and even a little terrifying.

An American limnologist (lake explorer) explores some of what she believes are the most dangerous to visit on the planet.

Bacteria, microorganisms and algae color the water red, orange and pink. Water is essential for life on Earth, but the salty alkaline waters of Lake Natron in Tanzania can be deadly. Lake Natron takes its name from the natural mixture of sodium carbonate. Many cultures, including the ancient Egyptians, used natron for embalming. By the way, the animals that fell into the lake and died there were preserved in the form of mummies. “Lake Natron has a reputation for being a mummifier,” says Rutherford.

This oddly colored waterfall empties into frozen Lake Bonney, which is nearly three times as salty as the ocean, preventing the water from freezing. This lake is rich in iron, and therefore its waters have a red tint. For millions of years it has been completely cut off from sunlight and air.

In the southern part of the idyllic Coachella Valley, an annual music festival (for eccentric celebrities and influencers), is the Salton Sea: a salty toxic lake that throws clouds of poisonous dust into the air. On its shores are heaps of rotting dead fish exuding an incredible stench – a salty landscape covered with bones and death…

Wreckage of Kamloops on Lake Superior

The steel freighter Kamloops was “lost” during a severe blizzard aggravated by extreme low temperatures and strong winds in 1982. The frozen lake is too cold for certain bacteria to thrive—the same bacteria that cause the internal organs of the body to swell as they decompose and float to the surface. However, in this icy lake, the bodies decompose slowly and are at a depth. This is, in fact, a “liquid” cemetery.

Shanai-Timpishka, a boiling river in Peru

Andres Ruzo became the first scientist to study the heat source of the Shanai River, which is inhabited by some creatures that can live in such conditions, that is, in hot water. The locals use the river daily, and it is still considered a sacred and healing place to this day.

Lake Kivu is the border with Rwanda and the Democratic Republic of the Congo.

Very few lakes on Earth are known to explode – this is called a lake eruption. The natural phenomenon occurs when dissolved gases trapped under the pressure of the water above suddenly explode, releasing giant columns of water and steam into the air. Most living creatures within the radius of such an explosion die from poisonous fumes.

The 1984 eruption at Monoun Lake in Cameroon killed 37 people. Two years later, nearly 1,800 people and 3,000 animals died in an eruption at Lake Nyos, also in Cameroon. This lake has not erupted recently, so there are fears that this could happen very soon.