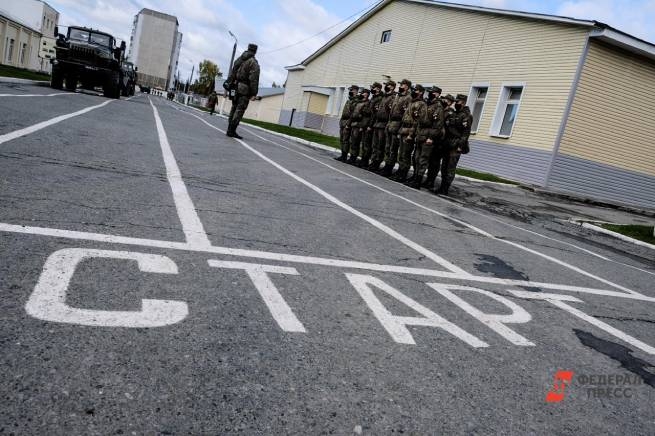 The idea of ​​”self-mobilization” was put forward by the head of Chechnya, Ramzan Kadyrov, in some Russian regions, volunteers are already being recruited, ISW analysts say.

At the Institute for the Study of War (ISW) reportthat after the call of the leader of Chechnya, the recruitment was launched at the local level in order to give additional strength to the Russian military. The authorities of Vladivostok on September 16 confirmed that the city administration is already sending out relevant letters. The recipients are men from 25 to 63 years old who have experience in military service and service in the reserve, and are registered with the local military commissariat of the city. They are invited to join the Combat Army Reserve of the country (BARS) or volunteer units of the Marine Corps Tiger.

The mayor’s office emphasizes: “each recipient makes his own decision.” Analysts note that recruiters are trying to “dissemble” so that the recipients of such letters think that they are being called both formally and legally.

Kadyrov’s idea was also supported by some other Russian regions. Alexander Sokolov, governor of the Kirov region, announced that the city of Kirov had already formed a second volunteer battalion, called Shironin, and the first, Vyatko, was already in the war zone in Ukraine.

Sergei Aksyonov on September 16 announced the intensification of work on the recruitment of volunteers in the Crimea, and Sergei Nosov, the governor of the Magadan region, announced financial support for “self-mobilization” and called on all regions to join.

The heads of the Voronezh, Chuvash and Bashkir regions declared their support for “voluntary mobilization” and that approximately 1,000 volunteers were already involved in the war. A similar statement was made by the Kemerovo governor Sergei Tsivilyev: he promised financial support for volunteer battalions, noting that many residents of Kemerovo are already fighting in the Russian army.

On September 16, Ramzan Kadyrov announced that the Chechen battalions Akhmat, East and West had been transferred to the Donbass. He also said that another detachment, Akhmat-1, with 2,000 people, had been created.

ISW analysts recall that Kadyrov figured out how to save the Kremlin from general mobilization by announcing a “self-mobilization” plan. The head of Chechnya assures that the Russian Federation will return control in the Kharkiv region and reach Odessa. At the same time, he admitted that mistakes were made in the Kharkov direction.

The Institute for the Study of War also notes that Yevgeny Prigozhin’s recruitment campaign Russian prisoners to participate in hostilities in Ukraine, most likely, is already bearing fruit. Serhiy Bratchuk, a spokesman for the Odessa Military Administration of Ukraine, released footage that he said showed the first batch of Russian prisoners transferred to Ukraine on September 16. Bratchuk said the convoy was seen in Russia’s Tambov region transporting 400 Russian prisoners to unidentified areas in southern Russia.

Reference. The Institute for the Study of War is an American think tank founded in 2007 by Kimberly Kagan. The Institute conducts research in the field of defense and international affairs. Operated by grants and donations from major defense contractors, including Raytheon, General Dynamics, DynCorp and others.