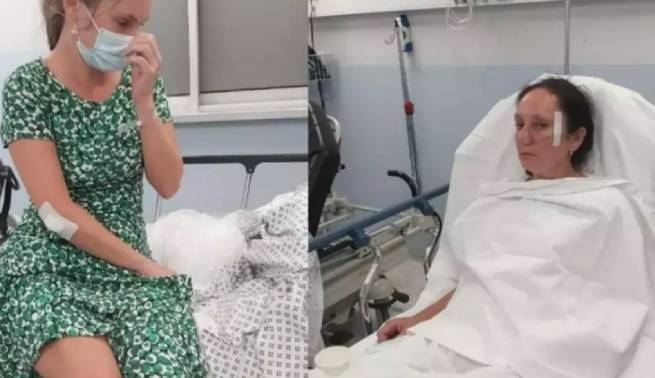 An ex-military from Ukraine beat up two Ukrainian women refugees. They mistook each other for Russians.

A mother and daughter who suffered in France, Ukrainian refugees from Izyum, who were attacked on September 11 and severely beaten a Russian-speaking man, told about the details of what happened, being almost sure that they were attacked by a Russian for listening to a Ukrainian song. However, the attacker was detained last night, he turned out to be … a former Ukrainian military man.

According to media reports, he “acknowledged the violence while downplaying it.” The 33-year-old former military man, according to his lawyer, served in special forces for several years. Due to health problems, writes nice matin, he retired in 2010 and worked as a bodyguard in Europe. He arrived from Ukraine to France 7 months ago. In the police, the man said that he himself mistook the women for Russians because of the “Russian accent”. He denies the use of violence, saying that he only made “a few slaps” and “put his hand to his face.”

However, the media, referring to CCTV footage, report that the blows were strong. The man also said that he regrets his reaction and is ready to pay compensation to women. The trial of the Ukrainian will take place on November 17. He faces three years in prison and a fine of 45 thousand euros under the article for “violence committed on the basis of race.” The case will be considered by the Nice Criminal Court, writes Notebook.ru.