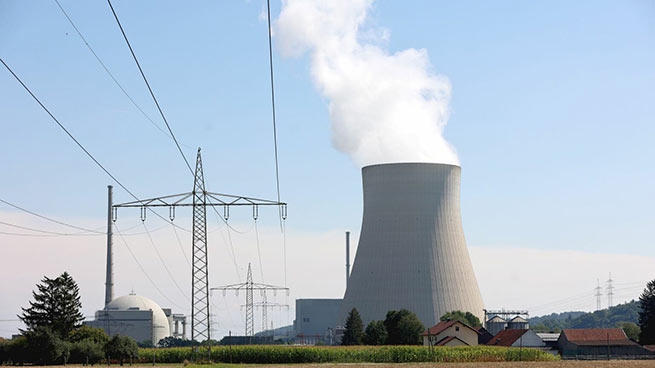 For political leaders in Germany, the “green” agenda is above all, writes the British edition of Spiked. The energy crisis also threatens food production. For the elite, however, hunger is no reason to stop fighting climate change.

An environmentally obsessed elite is sacrificing energy and food security to the climate agenda.

Last week, the German government decided to temporarily suspend the phased decommissioning of two nuclear power plants in response to a de facto halt in Russian gas exports to Germany.

The authorities could do much more if they took energy security seriously. It is possible, for example, to cancel the ban on oil production by hydraulic fracturing introduced in 2017. According to a 2016 government report, Germany’s shale gas volumes exceed two million cubic meters, which is 20 times its annual consumption. Hydraulic fracturing can actually cover 10% of the country’s annual gas demand. Even more reassuring is that the report described the method as harmless to public health and the environment. That is, it can provide a long-term solution to the worsening energy crisis.

Due to the energy crisis, Germany is rolling into the abyss. Heavy industry may even have to cut production to cope with the surge in energy prices. Steelmaker ArcelorMittal has already announced the closure of blast furnaces at a number of plants.

Hydraulic fracturing will not solve all problems overnight – it will take several years to fully develop deposits. But efforts in this direction will send a signal that Berlin is serious about supporting industry.

The ongoing reduction in Russian gas supplies has also affected food production in Germany. Due to dependence on blue fuel, 70% of fertilizer production in Europe was suspended. This will affect the volume of agricultural production in 2023 and could lead to massive food shortages.
However, Germany’s political leaders seem to be putting commitment to a green agenda ahead of everything else, including the need to overcome the many crises the country is facing.

German Food and Agriculture Minister Cem Özdemir said in an interview with the FrankfurterAllgemeineZeitung that “hunger is not an argument for damaging biodiversity and protecting the climate.”

Özdemir effectively dismisses people’s concerns about food production as an attempt to undermine the government’s environmental plans. And now it is activating a suicidal policy, continuing to adhere to the “green” agenda.

By 2030, Berlin plans to expand organic farming to around 30% of total agriculture. As science journalist Axel Bojanowski points out, such a policy would turn Germany from a self-sufficient producer to a net grain importer.

This will be a catastrophe with global consequences. We have already seen how the decision of Western countries to abandon their own gas exploration in favor of buying raw materials on the world market led to prices rising to a level that was not available to developing countries like Pakistan. The transition to organic farming in Germany, and following it in the rest of Europe, will have a similar impact on the cost of grain and other food products.

Not that the German government cared much. It seems to be quite content with the opportunity to reduce the agricultural sector in the name of protecting the environment. Hence his decision in 2016 to ban the cultivation of crops using genetic modification technology, which would affect the sustainability of food production, especially in warmer climates.

All this should not surprise us. This is not the first time that the German elites stand in the way of the progress necessary for the prosperity of mankind, limiting the development of food production and energy. Moreover, they always acted with the help of a policy of fear, spreading panic about the dangers that gas, nuclear energy and GMOs carry.

One is tempted to ask what is more dangerous now: climate change or the destructive, unscientific ideological policies pursued in the name of combating it?

In 2004, German Environment Minister Jürgen Trittin promised that the transition from fossil fuels to carbon-free energy sources would cost the average family no more than one euro a month – “the price of a scoop of ice cream.” Today, this statement sounds absurd, because as a result of the energy transition, as well as many other green policies, the population of a large part of Europe is impoverished.

Environmentalists don’t care. The British writer George Monbiot recently tried to justify the call to end animal husbandry and declared that “the consumption of meat, milk and eggs is an extravagance that the planet cannot afford.” Ozdemir and his comrades use different terms, but in any case the meaning is the same: “green” ideologists regard difficulties as a price that ordinary citizens will inevitably have to pay.

What a disgrace. Modern technology offers so many solutions to our problems, and German green politicians keep us from using them.