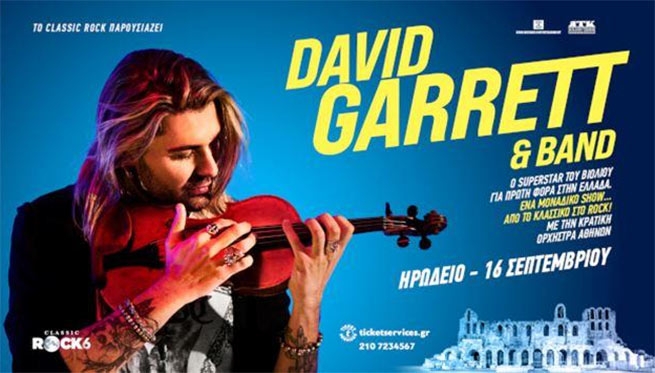 David Garrett comes to Greece for the first time with his band after a long and successful world tour. The “Devil of the Violin”, as he is known, is a 21st century virtuoso who has established himself as one of the most sought-after performers in the pop and rock scene worldwide.

With an explosive temperament, international recognition and millions of fans, David Garrett performs with his band in a sensational show at Herodium under the Acropolis, where he collaborates with the State Orchestra of Athens.