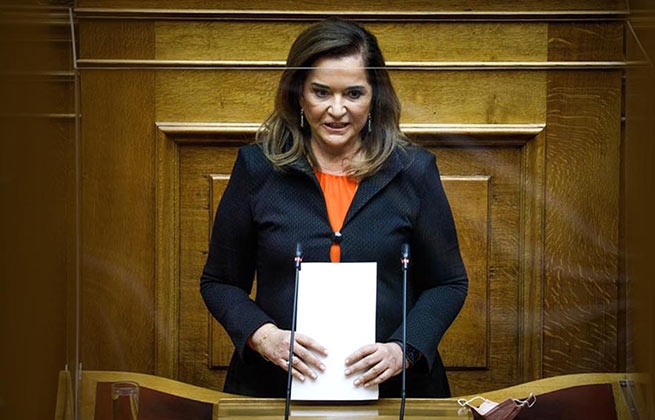 The Prime Minister’s sister, former Foreign Minister and member of the New Democracy Party, Dora Bakoyannis, speaking on Georgios Papadakis’ morning show on ANT1, declared “war” on Moscow, stating: “With Russia we are at war“.

Such a statement worsens relations with Russia even more and puts Greece not just in the “framework of unfriendly countries”, but already “hostile countries” in relation to Russia.