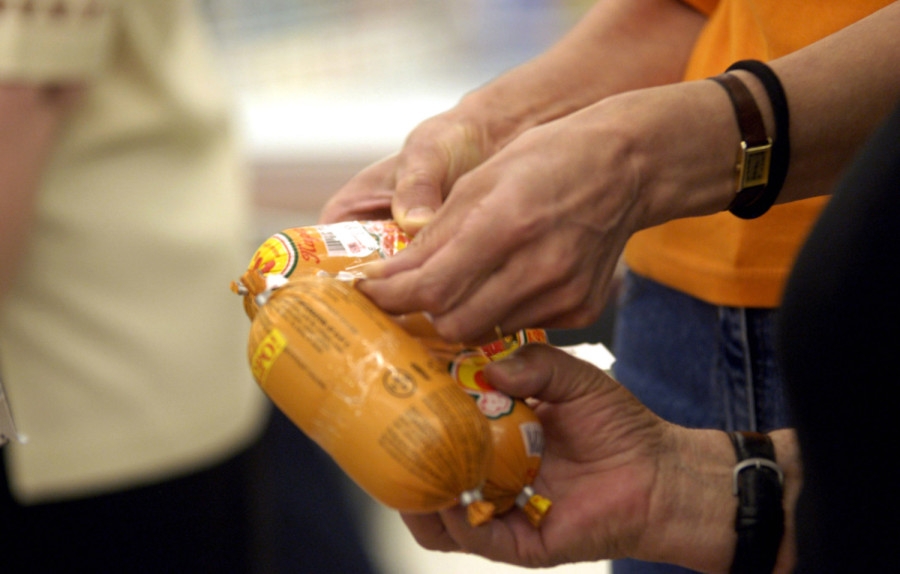 In countries such as the UK, US and Canada, ultra-processed foods make up 50% or more of the food people consume. This is much more worrisome than experts thought until they conducted a study on a global scale.

The findings are alarming, as processed foods (discussed below) are associated with a number of different health problems, including an increased risk of obesity and various chronic diseases such as cardiovascular disease and dementia (Alzheimer’s disease).

Ultra-processed food is a mass of various industrial additives (such as emulsifiers, thickeners, and artificial flavors) that are “fused” to food during the manufacturing process.

Many sugary drinks and many breakfast cereals fall into this food category, as well as more recent innovations called “veggie” burgers, which are made from protein isolates* and other chemicals that make foods tastier but terribly unhealthy.

Quorn is a vegetarian meat substitute made from mycoprotein, a fermented fungus found in soil. Its sale began in the UK in 1985, but it gained particular popularity in 2017.

Tempeh is another type of meat substitute made from fermented soybeans. Grains such as barley are often added there.

Textured Vegetable Protein (TVP), a vegan meat substitute, was developed back in the 1960s by the food conglomerate Archer Daniels Midland (ADM, NYSE). Soy flour, a byproduct of soybean oil production, is de-fatted using solvents. The end result is a product that is high in protein and low in fat (source: ffin.ru/market/review/86/82067/#ixzz7espMxkYv).

Many people know that ultra-processed foods are unhealthy. However, it is not clear if this is due to the fact that these foods have low nutritional value. Two new studies show that low nutritional value alone is not enough to explain the health risk, according to Richard Hoffman, professor of nutritional biochemistry at the University of Hertfordshire, in an article in The Conversation. news4health.gr.

In the first study conducted, more than 20,000 healthy Italian adults took part and found that participants who consumed the most ultra-processed foods had an increased risk of premature death from various causes.

The second study, which included more than 50,000 healthy men from the US showed that high consumption of highly processed foods was associated with increased risk of colon cancer.

These studies report that the health risks associated with the consumption of highly processed foods persist, even if the fact that they have a low nutritional value does not matter so much. This means that other factors also contribute to damage to health.

Moreover, this study shows that getting the right nutrients from other foods may not be enough, to reduce the risk of developing the diseaseif a person continues to consume overly processed foods.

Attempts by the food industry to increase the nutritional value of over-processed foods by adding some vitamins can be an additional problem.

However, a study in Italy reports that inflammation biomarkers, such as higher white blood cell counts, were higher in the groups that ate the most processed foods. Our body can trigger an inflammatory response for many reasons. The body reacts in a similar way by signaling immune cells (such as white blood cells) to “attack”.

Usually, the inflammation that occurs in response resolves relatively quickly, but some people may develop chronic inflammation. This may in the future lead to tissue damage that is associated with many chronic diseases such as cancer and cardiovascular disease. Certain nutritional supplements in ultra-processed foods can increase inflammation in the gut and alter its microflora.

The study says other mechanisms, such as impaired kidney function and buildup of toxins, may also explain why overly processed foods cause such serious health problems. Since our body reacts with inflammation and is fully connected to this process, The best way to block this “mechanism” is to stop consuming overly processed foods.

Also, these “terrible” products that huge concerns are trying to feed us with (for which the production of ultra-processed food is just a business, “nothing personal”), do not have special labeling. (Oh, how forgetful. They probably eat what they release, so they developed Alzheimer’s …).

According to experts, the best way to identify them is to read the composition of the product. Generally, foods containing leavening agents, emulsifiers, thickeners, and protein isolates are considered ultra-processed foods.

By the way, sausages, the favorite food of the poor, contain carrageenan. This gel-like substance makes sausages and sausages so elastic (find information on the Internet if you are interested). And getting into our body… causes cardiac arrest. Of course, not immediately …. And then someone will get to the bottom of this …. Well, he loved sausages, ate them every day, as everyone practices … And cardiac arrest is from “problems”, and what does sausages have to do with it ?!

In general, here is such a sad story … Take care of yourself, your loved ones and carefully take care of your health – read the label carefully before putting anything in your mouth. Better yet, switch to farm products. Although there is plenty of everything – herbicides, fertilizers, growth hormones, GMOs and other things (and not only in products, but also in animal feed, fish, poultry).

That’s it. Life is generally a bad thing. They die from it.

PS The idea to write this text was born against the backdrop of the transition of the Greeks from the Mediterranean diet to “pasture”, due to the crisis and high cost. And to feed the family … there is no time for eco-products (if ordinary chicken, 1 kg, costs 3 euros in a supermarket, then in an ecological one – 28-30 euros). If you don’t believe me, come and check it out. I advise. Author.