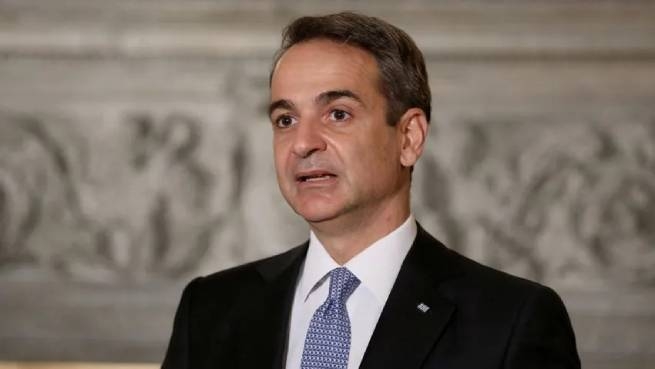 The Greek government and its head, Kyriakos Mitsotakis, are in favor of capping the cost of gas from all sources, not just Russia.

Speaking at a press conference on Sunday during 86th Thessaloniki International Exhibitionthe Prime Minister of Greece said on this occasion:

“We proposed already seven months ago the introduction of a general ceiling on natural gas prices. Not only a ceiling on Russian natural gas. Europe will introduce a return mechanism [потребителям сверхвысокой] profits of energy companies, which we have already [в Греции] implemented. Greece is a pioneer [в этой сфере]. The proposals of the European Commission will be made in this direction.”

Mitsotakis also “boasted” of the “government-provided”generous subsidies“, directed to support during the difficult winter of business and the population:

Indeed, we are looking for a way to support the population in light of rising electricity prices, which will encourage citizens to save energy. It is necessary. The goal is not only low prices, but also reduced consumption. This is the general scheme that will apply from October. Every household, regardless of consumption, will receive support. Greece ranks penultimate in electricity prices as of August 22. In Rome, prices are twice as high. I say this because there is still a distortion of reality by the opposition, which says that we have the most expensive electricity in Europe. As for natural gas, there is a big problem in this regard. Natural gas prices are now 10 times higher than they were two years ago.

The Prime Minister assured that the government will expand benefits to residents and businesses for purchase of diesel fuel for heating in the autumn-winter season:

We will reduce prices for diesel fuel for the population in order to switch from natural gas to it. There will also be a generous subsidy on the price of natural gas. It will be paid as [сверхприбыли] energy companies, and from the state budget. The final price will not be linked to the current commercial gas price. The goal is that the final price [для греческих потребителей] was relatively reasonable.

Meanwhile, the EC will submit a proposal to impose a general cap on gas prices during September, Italian Minister for Environmental Modernization and Transformation Roberto Cingolani said in an interview published on September 11 with Repubblica. This is the option favored by 15 member countries. According to Chingolani, it is pointless to impose a price limit only on gas from the Russian Federation, since now very little gas is supplied to Europe compared to what it was before the conflict in Ukraine, writes GreekReporter.