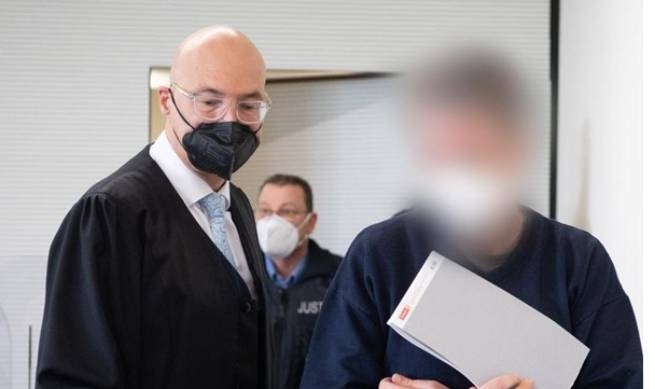 Mario N., 50, was sentenced by a court in Bad Kreuznach (Rhineland-Palatinate) to life imprisonment for killing a 20-year-old cashier at a gas station in Idar-Oberstein a year ago.

The reason was the coronavirus mask, which the offender refused to wear. The tragic incident took place on September 18, 2021. The man, who had not previously been in the field of view of law enforcement, went to a gas station to buy beer. The cashier refused to serve him, reminding him that everyone in a public place must wear masks.

Mario went home, took the revolver and returned to the gas station. He went inside wearing a medical mask, took a beer, went to the cashier and took off his mask. After another remark about her absence, the man shot the young man and fled the scene of the crime. However, the next morning he himself appeared at the police station and confessed to the crime. At the trial, the man pleaded guilty.

The judges at the meeting on September 13 regarded his actions as a crime committed from base motives. Mario N. was also found guilty of possessing and carrying firearms. He was sentenced to life imprisonment.

The prosecution demanded recognition of the special gravity of guilt, but the jury did not agree with such an assessment. The defense insisted that the murder was unintentional. The convict has the opportunity to apply for release after 15 years of imprisonment.

The chief prosecutor in the case said that during interrogation, the man explained his actions by saying that he was an opponent of coronavirus restrictions, was psychologically depressed by the development of the pandemic, and “did not see any other way” to express his dissatisfaction. He expressed remorse and admitted that he himself was amazed by his act. According to the dpa agency, about two ppm of alcohol was found in the blood of a man.

The crime caused a wide resonance in society and a discussion about radicalization among the so-called crown skeptics in Germany. The killer’s actions were hailed in chat rooms and right-wing extremist forums. German politicians reacted to the event with concern, notes D.W.