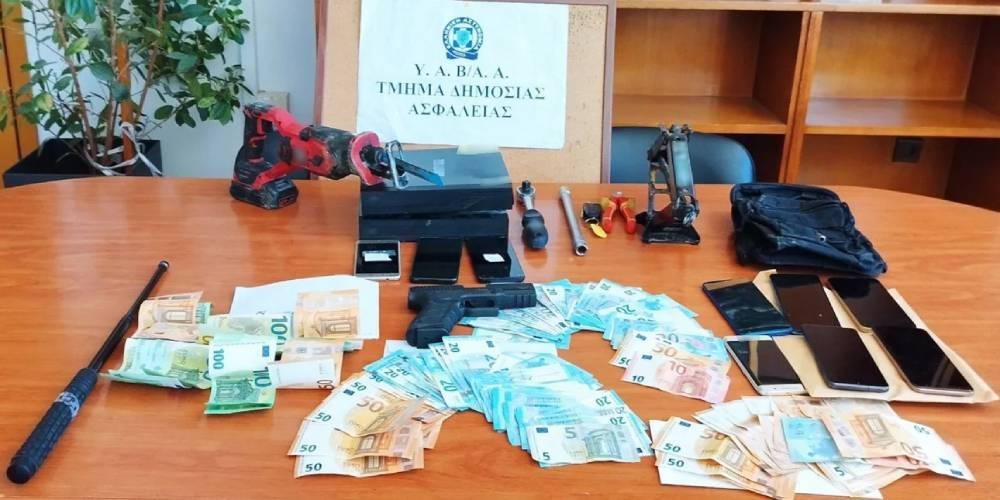 According to the law enforcement agencies of Greece, 12 members of criminal organizations – 11 men (from 21 to 45 years old) and a 25-year-old woman – were detained today by the police of North-East Attica in the areas of Menidi and Zefiri.

The detainees were prosecuted for specific crimes related to aggravated theft, damage to personal property, the creation of a criminal organization, money laundering, as well as violations of weapons laws.

According to ΕΛΑΣdetained since April 2022, created two gangs with the aim of theft of catalysts from carsparked in various areas of Attica. The principle of operation of the two criminal organizations was the same: having a base in Zephyri and each time a different composition of intruders, in the evening or early morning hours they approached parked cars, and then, using special equipment, disconnected the catalysts. In many cases they caused significant damage to vehicles.

The defendants used vehicles owned by rental companies, and immediately after the hijacking, the catalysts were handed over to other members of the gang, who were instructed to “hide” them, to store them. Then they sold the stolen goods, receiving a large financial benefit, which they then divided among themselves.

As ΕΛΑΣ points out, “the preference for certain brands of cars was not accidental, since depending on the type of vehicle, its age, as well as the fuel used, the catalyst has a different content of valuable metals such as rhodium, palladium and platinum, the price of which is much higher gold prices.”

As a result of the preliminary investigation, 58 cases of theft and 2 attempted thefts were uncovered, with the total financial benefit received by one criminal organization estimated at more than 20,000 euros, and the second at 10,000 euros.

During the searches conducted by the police in residential buildings, 5,075 euros, 2 cars, 43 car catalysts and exhaust system parts, a stun gun, a folding knife and other edged weapons, as well as telephones were confiscated.

Those arrested will be taken to the competent prosecutor’s office while the ΕΛΑΣ investigation continues.