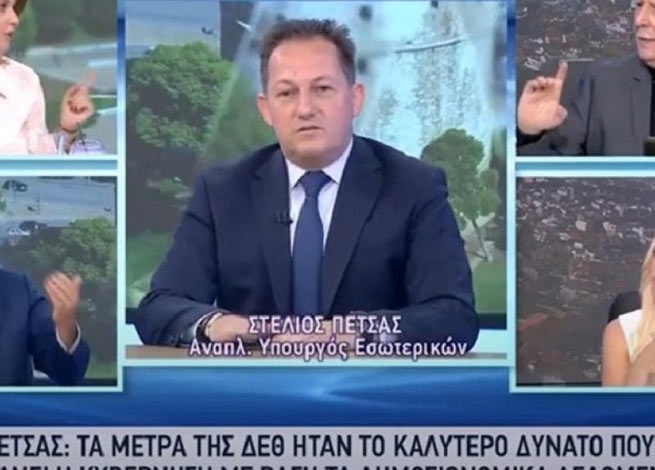 Cynicism among the ministers of the conservative Greek government broke another bottom when one of the officials of the New Democracy said with a “blue eye”: “Who does not adapt, he dies!”

Deputy Interior Minister Stelios Petsas appeared on ANT1’s morning broadcast to discuss the energy crisis and natural gas prices for heating this winter, along with the government’s call for citizens to save energy and use heating oil instead of natural gas.

Journalists from Pannel pointed out to Petsas that 700,000 homes have paid thousands of euros in recent years just to convert their heating burners to natural gas. Note that the prices paid by homeowners ranged from 3000 to 5000-6000 euros (This pleasure cost the author of the publication 4,000 euros).

When journalists asked the minister if the government was thinking of subsidizing the cost of the new changes, Petsas said: “That’s populism. Populism is when I refuse to see reality. Look… the price of natural gas has gone up by 1200% and we say that if you switch to something else that’s cheaper and cheaper for you and the state budget we can help you.”

“The key issue in such cases is adaptation. Those who refuse to adapt, unfortunately, die,” – Stelios Petsas cynically added, causing a reaction from journalists.

“Citizens will die, Mr. Petsas. What kind of adaptation, we will die of cold? It is extremely cynical, what you say”– Giorgos Karameros answered him.

“The life of each of us depends on our adaptation to difficult conditions. When bombs fall in our area, we must adapt to these difficult conditions. We continue to support households and businesses. If there is cheaper fuel, let’s switch to it. You can’t lock someone up. Can it be moved somewhere? We’re here to fund it.”the minister replied.

As you might expect, Petsas’ statements sparked outrage on social media. It should be recalled that Stelios Petsas is the official who allocated more than 20 million euros from the state media, including some hastily created sites with only one post, during the first covid lockdown in 2020, in order to gain their support from the government in any policy it will pursue. Then he was the press secretary of the government.

Petsas is not the first ND minister to “wish” death on citizens. Development Minister Adonis Georgiadis cursed those who did not want to be vaccinated in October 2021.

PS Actually, there is nothing surprising here. Petsas said what thousands of Greeks believe: the conservative New Democracy government and Prime Minister Mitsotakis don’t care if citizens die or not.

The masks are gone. The neo-liberal and one-man-centered government has drowned in its own arrogance.