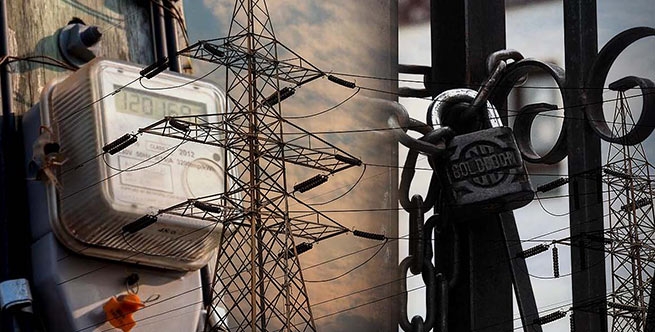 Western sanctions against Russia have caused enormous problems for Europe. Moreover, Greece is among the countries that have the most problems from exorbitant electricity bills.

Typical of the desperate situation in which the Greeks found themselves is the fact that they lose two salariesto cover the increase in electricity tariffs. Greece, along with Estonia, is the country where workers need the most working days to pay their electricity bills, according to the FTA survey.

“According to an analysis by the European Trade Union Confederation (ETUC), the average annual electricity bill now exceeds the monthly salary of low-paid workers in most member countries EUthe statement says. GSEESome 9.5 million workers were already struggling to pay their electricity bills before the cost of living crisis hit, and gas and electricity costs are now up 38% across Europe compared to last year. This has resulted in workers earning the minimum wage in 16 EU member states having to save the equivalent of a month’s salary or more to keep their homes light and heated.”

Dramatic events have forced business leaders to meet regularly to prepare for emergencies. Already, the stoppage of the work of the largest metallurgical enterprises in Europe actually speaks of an economic collapse that is knocking on the doors of the participating countries.

Until now, planning has focused on the percentage of cost increase that will be carried over to the final price paid by the customer. However, now that inflation continues to rise and the value of money falls, many private construction projects, other investments and capital expenditures are in practice either suspended or cancelled, according to the Kathimerini newspaper report.

Metallurgy, other primary industries and industrial production have begun to see the first signs that demand in 2023 may be significantly weaker than in the current fiscal year. However, even when demand is maintained, the possibility of gas shortages or regulations at European and national levels that also limit energy consumption threaten the continuity of production. In addition, lockouts at European metallurgical plants began even before the onset of summer.

However, even if such closures do not occur, it is not known whether the end consumer will be able to afford the ever-increasing electricity costs for a long time. Transport companies, airlines and ferry companies are already experiencing serious difficulties. However, heavy industry has already developed or is developing alternative plans, for example for those who can switch to diesel or LPG in their furnaces.

Transport companies, airlines and shipping companies carefully analyze data from their markets. For example, shipping groups are concerned about a possible downturn in construction activity on the islands, which will significantly reduce the number of trucks moving to and from the islands, requiring them to immediately adjust their business plans by limiting the transport capacity offered.

In other words, fewer routes and fewer ships involved. Airlines are also making constant adjustments and even targeting overseas markets, where the crisis is even stronger, affecting consumer confidence and therefore travel decisions.

Whether it’s manufacturing or service industries, virtually all executives agree that planning for 2023 is risky. This also applies to Greek tourism, plans for which for 2023 are becoming increasingly uncertain. How deep the impact of this winter’s energy crisis and its impact on household and business budgets will determine the sustainability of demand in the tourism sector next year.

Metallurgy “goes to the bottom”

According to Kathimerini, members of the Hellenic Mining Association have been occupied with the issue of reducing energy consumption since before the crisis. Thus, in recent years, the cement industry has made continuous efforts to use alternative fuels, and many mining companies are implementing investment programs aimed at reducing energy impact, including through heat recovery.

“As for the production of thermal energy, to replace natural gas with other types of fuel, in a timely manner and without serious cost implications, almost impossible. For example, if natural gas supplies to non-ferrous metal processing plants are restricted, there will be an immediate shutdown of foundries and production lines, with various and associated losses, such as the employment of released personnel,” said Panos Lolos, CEO of the copper division of ELVALHALKOR and a member of the Hellenic Board of Directors. Production, Industry Development Council.

“For example, we are evaluating LPG, which is a mixture of propane and butane, as a replacement for natural gas. However, such an alternative is not immediately realistic, since its implementation is associated with significant and destructive time delays, while it is not governed by the same thermal coefficients beneficial effect,” he said.

Using oil instead of gas, investing in photovoltaics and biogas, and reducing shifts if absolutely necessary are the alternatives that the food industry is considering as winter approaches. At the moment, they are not considering cutting production, and there was no need for this, since demand, despite any decrease, remains significant. However, they do not exclude that in some cases they concentrate on the production of the most basic commodity codes, that is, those that bring in the most income. This is, of course, a desirable scenario, since significant investments have been made in the production of new codes in recent years.

Almost all large food industry enterprises have long been using the so-called dual system, i.e. while they run on natural gas, they also have oil tanks that they keep full at all times so as not to disturb the production facilities. Even those without such a dual system have made investments in recent months. There are also industries that have moved from gas to oil a few months ago, while investing in renewable energy.

Food and beverage manufacturers producing products with a long shelf life are reducing the hours of operation of their factories. Such scenarios exist in some medium-sized regional productions of non-alcoholic beverages, especially since in winter this product is less in demand in the production of tomato products and auxiliary raw materials (spices, sauces, etc.).

The plastics industry goes on a long vacation

It is estimated that in industries where the use of gas is vital, such as plastics and chemicals, companies will also be forced to cut production in the coming period. According to a study commissioned by the Association of the Hellenic Chemical Industry (IOBE) by the Foundation for Economic and Industrial Research (IOBE), production is expected to decline by an average of 2.5% due to electricity costs, which in some sectors, such as the production of pigments, can exceed 9 %.

Some other companies are not cutting production, but are operating on fewer days while producing the same output in segments where gas requirements are higher.

Cutting production, for example, is a “last resort” for the listed Nafpaktos textile factory, which is already looking for ways to cut its electricity consumption without impacting its production.

Already in June-July, the company observes an explosive rise in energy prices, a decrease in the purchasing power of consumers due to inflation and a reduction in orders for its products – cotton yarn. Among the measures that the company is expected to take in the coming period are the operation of part of the equipment during certain hours and the shutdown of the cotton pre-treatment equipment for a while.

“This will allow us to cut costs,” says the company’s management, which says everything points to the possibility of more drastic measures in the near future. Given that the Nafpaktos textile mill operates 24 hours a day, 7 days a week, management believes that if the cost of energy continues to rise, it will not be sustainable for many businesses, especially energy-intensive ones.

“Based on September prices and with the cap on subsidies, the price we will have to pay after we use subsidized electricity will be six times higher than before the energy crisis,” he says, adding that he completed a €5.5 million investment project that will increase production capacity by 30% while energy costs rise.