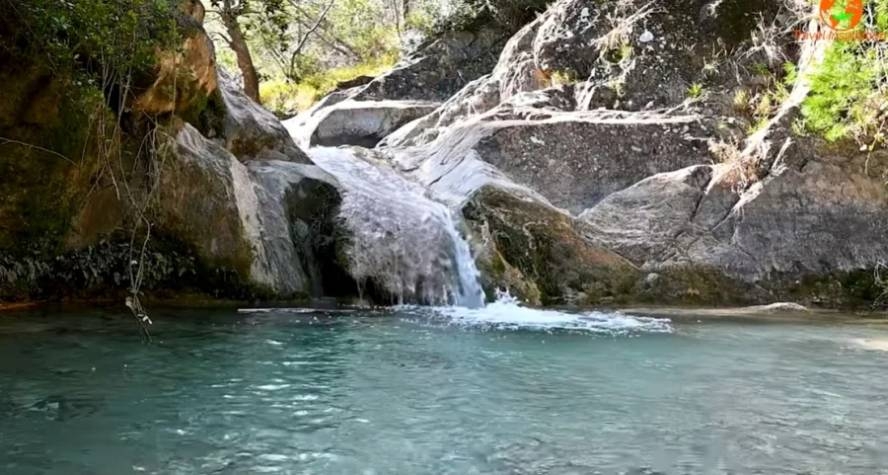 A splendid place that nature lovers will especially appreciate is located on the territory of the newly built settlement of Rapentosa, in the eastern part of Attica, a little north of the large marble quarry of Dionysos.

An oasis of coolness is located near Athens. Of course, the truth is that in order to get there, you have to overcome a rather difficult uphill road (suitable for 4×4 cars, SUVs). However, the efforts of travelers will be more than rewarded when they see this paradise of nature.

First you will meet the dam of the Rapentosa stream, and a little to the north – the waterfall of the same name. To get there, there are two different dirt trails.

The first route starts from Stamata, while the second, more difficult route goes through Rapentosa. Although the route is somewhat unsightly due to the massive fire that broke out in Grammatico a few years earlier, the section of the stream where the falls is located looks like an oasis, as the hybrid species of plane trees withstood the fire element and managed to keep their green crowns intact.

Well hidden among dense vegetation, the waterfall is not immediately visible, except for the sound of water falling from a height of 10 meters and indicating its location.

As for the dam, it was built ΕΥΔΑΠ in 2004, in order to “curb” three streams located in the area (ρέμα Ραπεντώσα, ρέμα Βαθιά Χούνη και ρέμα Βάγια Νταρδίζα), which, mainly in the winter months, when there are heavy rains, are filled with water.