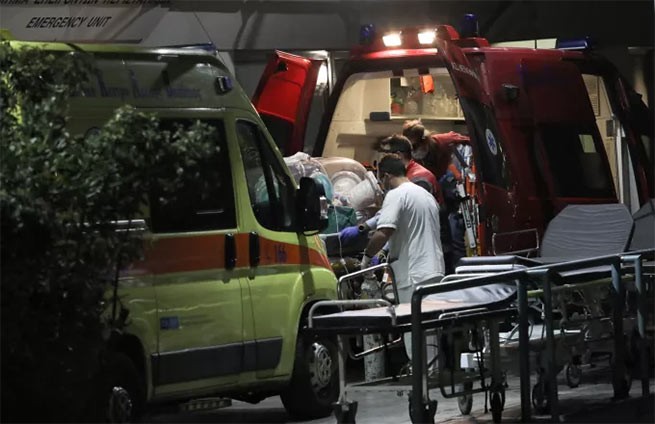 The 55-year-old woman, who had been set on fire by her husband five days earlier, died in hospital on Monday. The victim was treated for severe burns to the face and body. The woman became the 12th victim of femicide in the country in 2022.

The incident happened September 8 in the city of Komotini, in northeastern Greece, when, during a quarrel, a 62-year-old husband doused his wife with gasoline and set her on fire. The victim was disabled and moved around using a wheelchair after losing a leg to diabetes.

When a husband saw his wife on fire, he got scared and called the police, locals say. mass media. The “arsonist” was immediately arrested and charged with attempted manslaughter, which will now be changed to premeditated murder.

The victim received burns over 70% of her body and face, and was intubated. As her condition worsened, she was transferred to a special burn unit at Papanikolaou Hospital in Thessaloniki, where she died, state broadcaster ERT reported.

The perpetrator initially told the police that they had an argument because his wife confessed that she had an extramarital affair. He got angry and went to buy gasoline, local media quoted him as saying. Later he, as reported, said that his wife wanted to leave him because she found another man. How this could be related to a woman in a wheelchair, he did not explain.

Arrest for endangering a child’s life

This is not the first time that a man “lit up” before the authorities. The couple has a disabled son. According to reports, the man was arrested at the end of August last year because he allegedly neglected his child, causing him to run away from home and roam the streets in poor condition.

As local media reported at the time, the 15-year-old boy was spotted by police who saw him moving without a sense of direction down the street, risking being hit by passing cars. The boy was returned to his family, and his father, according to police, was arrested for endangering a minor.

The couple were from a Muslim community in northeast Greece.