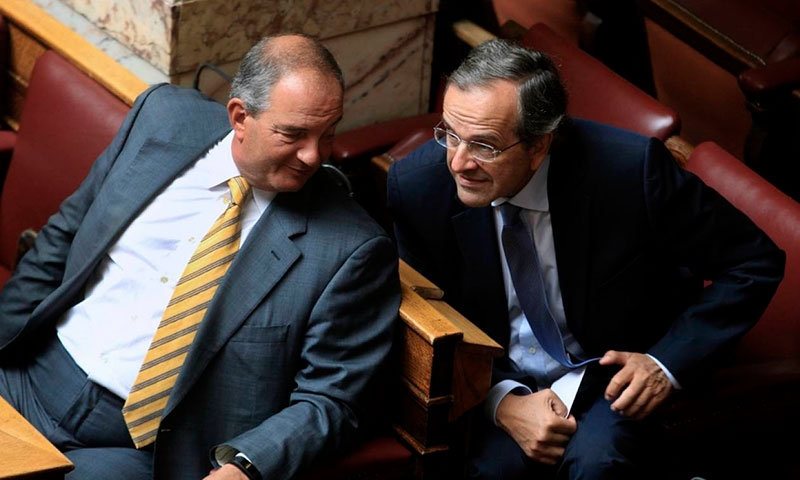 Kostas Karamanlis, a former prime minister and current challenger for the New Democracy leadership, Kyriakos Mitsotakis, is now actively promoting his program in the party he sees without Mitsotakis.

According to pronews.gr sources, he enlisted the support of another pole of power in ND, former Prime Minister A. Samaras, and now they will make their intentions public, as they did yesterday at the famous dinner after Mitsotakis’ speech at Velideio.

Dinner, at which, as clarified by circles close to A. Samaras, he arrived “at the invitation of Karamanlis.” And to the question of what was discussed, the answer was: “A. Samaras spoke clearly at the New Democracy conference about everything that K. Mitsotakis does, and he is absolutely against it. So they had something to say.” The question is what will happen next, and whether they will move together.

Karamanlis, who, according to party members, is “the conscience of the party and the guardian of the values ​​of its founder, the national leader Konstantinos Karamanlis,” clearly now “crossed the Rubicon.” In principle, he knows that very soon new names will emerge in connection with the scandal about wiretapping and surveillance of politicians and journalists. And that Mitsotakis may not stay in power if he loses the support of Washington. And Karamanlis is already preparing to take the place of party leader.

In his speech in Crete, he essentially called for the resignation of Mitsotakis, speaking of the need to be held accountable in the wiretapping scandal and linking his removal to the “need for catharsis”: “That these events were caused by a government initiative is not only undemocratic and illegitimate, but is so far beyond morbid imagination and political stupidity that it is simply unthinkable. However, it is still necessary to find out who and on what basis requested this, and who approved it and how. The call for secrecy in such cases is subordinated to the need to purify public life.“.

There was his speech on June 2, there was his refusal to applaud Mitsotakis and his venomous look in response… Karamanlis is now “actively opposed”, especially after the slander thrown at him by various pro-government media. The question is whether Samaras will follow him, who in the past was a fierce critic of Mitsotakis’s position on national issues and especially on Greek-Turkish ones, but until the ND congress kept “radio silence”.

In the coming weeks, much will depend on what becomes known about wiretapping of other representatives of the political and public life of the country. Foreign leaders who have so far supported the Mitsotakis government are already leaning towards the need for him to leave. Yesterday, the Financial Times returned to the topic of wiretapping, criticizing Mitsotakis’s actions and pointing out “trampling on the principles of democracy.”

Not all is well with support among ND MPs, who still support Mitsotakis for purely pragmatic reasons. “We have elections in ten months, what will change if we overthrow him now?” asks the New Democracy MP…