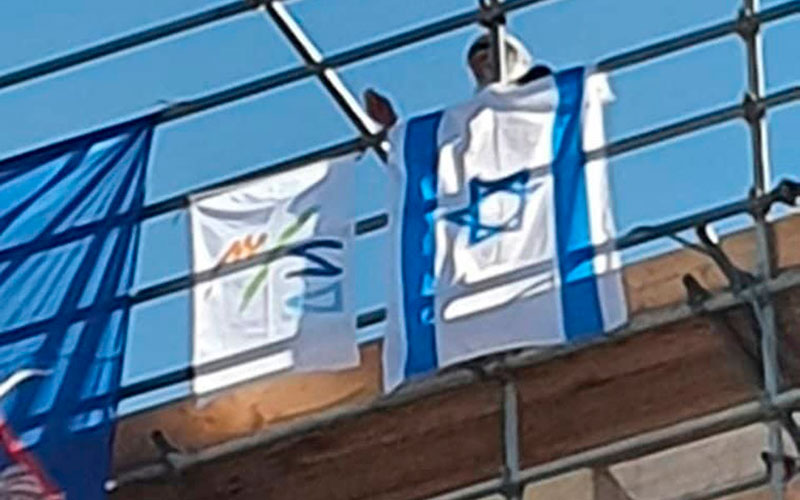 At 10 a.m., a man climbed the Acropolis of Athens, and then, unnoticed by the guards, using the scaffolding installed on the facade of the Parthenon, climbed onto its entablature and hung out flags: USA, Russia, Israel, Crete, the New Democracy party, and in the center a large flag with image of the Star of Vergina.

He himself remained there, exactly within the frieze (see the horizontal part of the temple, which rests on the columns, upon closer examination, the figure of the person involved is visible).

Witnesses say he wants to talk to the rulers about North Macedonia’s problems and threatens to fall. 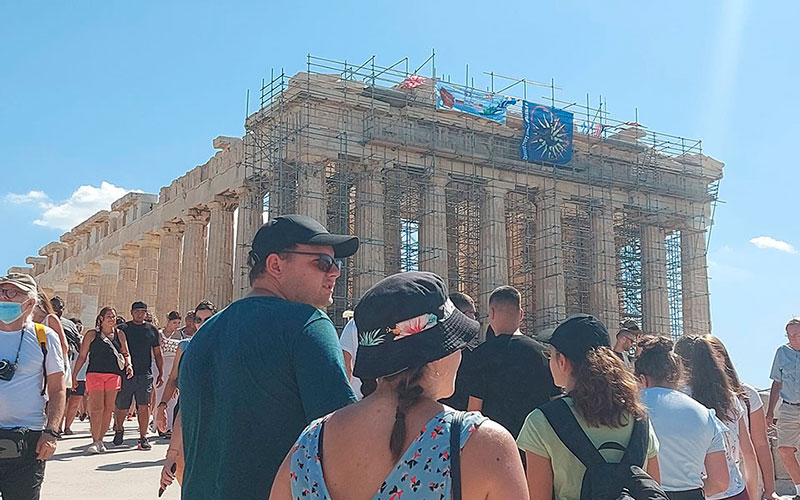 Hundreds of tourists watched the development of this story.

The police and fire brigade, a negotiator, and an ambulance arrived at the scene. Later, the head of the Department of Prehistoric and Classical Antiquities of the Ministry of Culture arrived. Together they tried to convince the man to come down from there for the safety of himself and the monument.

He wants to see the prime minister

According to newsit.gr, the man said he wanted to meet the prime minister. Apparently, the man is not in danger of falling, but the place where he is is quite dangerous, since he is on scaffolding.

Around 9 pm, the police negotiator managed to convince the man to come down from the scaffolding where he had been for 8 hours.

The police have not yet reported what threatens the man who so originally wished to express his beliefs. However, social media users suggest that this is either a lunatic asylum or a bullpen and a heavy fine.