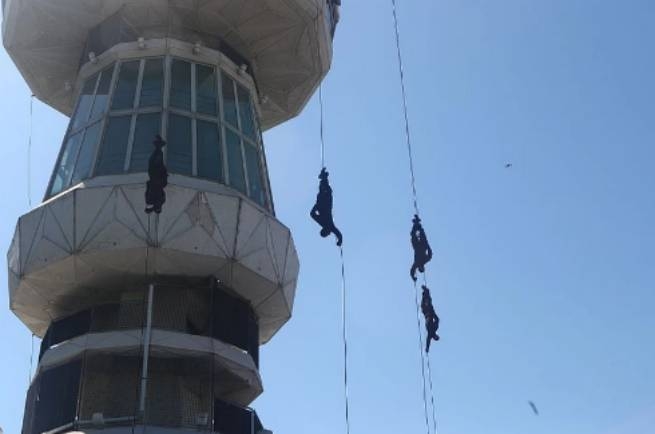 Can a large-scale international event, which is 86 ΔΕΘ, to do without spectacular shows? Of course not.

First, the coast guard commandos carried out a spectacular operation to free the hostages and neutralize the terrorists, which was observed by Greek Prime Minister Kyriakos Mitsotakis. The scenario called for the rescue of two hostages and the neutralization of two terrorists inside the building.

The brave commandos of the Piraeus Coast Guard Special Operations Group performed a difficult task flawlessly, which caused the approval of the head of the Greek government, and not only.

Another impressive spectacle was shown by the EMAK (Special Disaster Response Team) – they acted swiftly, decisively and effectively. The tower has been activated OTE, and then stormed the bus with the “hijackers”. However, judge for yourself the dexterity and professionalism of the participants: