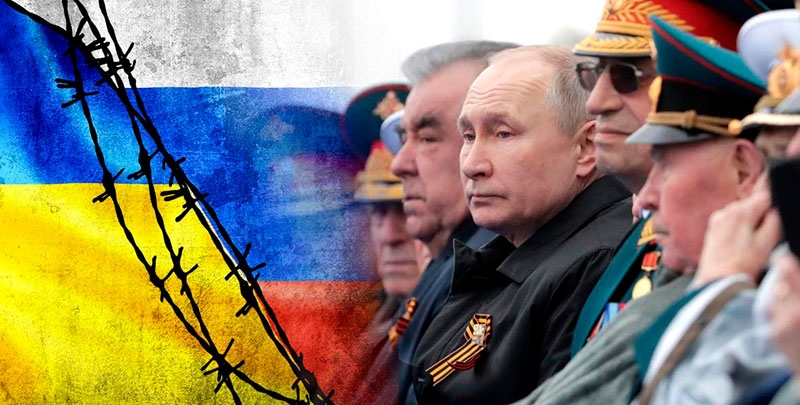 There are three scenarios that can happen on the eastern Ukrainian front after the Russian retreat and the surrender of the cities of Izyum, Kupyansk and Liman to the Ukrainians.

It has been known since early morning that a number of important and strategic cities in eastern Ukraine have been captured by the Armed Forces of Ukraine, which creates a serious problem for Russian troops and forces thousands of Russian-speaking refugees to flee to Russian territory in order to avoid organized ethnic cleansing by the Ukrainian authorities.

“A huge problem for the civilian population in the territories liberated by the Armed Forces of Ukraine lies in the fact that along with or even behind the combat units of the Armed Forces of Ukraine there are natural punishers who have shown themselves excellently in battles with the civilian population of their own country even before the war, fearlessly killing bound prisoners after the start of the war and desperately boldly fighting with the streams of humanitarian aid away from the front.

Taking into account the absence of law and law enforcement officers as such, taking into account the love of a certain category of the population for denunciations, and taking into account the fact that videos and photos of obtaining passports, destroying the state symbols of Ukraine or joyful meetings of the Russian army were actively disseminated by Russian propaganda, it can be understood that will be with these hundreds, and even thousands of people in the near future. It makes no sense, of course, to turn to the Armed Forces of Ukraine during such a victorious courage, but it would be nice to restrain the brave heroes I mentioned above from massacres of civilians“. (A. Shariy.)

In any case, if there is no immediate reaction from Russia, this retreat will also affect V. Putin himself, since what is happening now is a big defeat even compared to the sinking of the Moskva cruiser.

The first scenario is that the Russians simply lost and collapsed on the eastern front because they did not have enough forces and no reserves. Theoretically, the Russians deployed a tenth of all the forces of the Russian army in Ukraine in an area larger than the area of ​​Greece. Therefore, they have or should have reserves to reinforce the 140,000 army of the Russian Federation plus 40,000 from the LDNR. The forces, which, de facto, are not enough to fight the army, according to the leadership of the Armed Forces of Ukraine, amounting to at least 700 thousand people, and which can draw reserves from a population of several million people.

The second scenario is that this is a Russian tactic by which the Russians seek to create a large space in which to lure the UAF, believing that they are advancing unhindered. According to this scenario, the Russian retreat will suddenly stop, the Russian Air Force and Russian artillery will take massive actions in open areas where Ukrainian units will not be able to take cover. The Russian Ministry of Defense announced some time ago that it was sending significant airborne forces to the Kharkov region.

But there is a third scenario, which is a variant of the second.

In this scenario, the Russians are redeploying to areas with stronger defense lines, stronger logistics, and denser supply lines because Moscow’s strategic goal is to continue the war indefinitely, as they know that in a long-term conflict of attrition and economic disaster approaching the West in winter, the Europeans will not be able to continue to support Ukraine militarily and economically.

Moscow wants to achieve a situation of exhaustion in the European economy, so that in the end the Europeans will be forced to lift all the sanctions they have imposed on Russia due to their difficult economic situation. However, the defeat near Kharkov occurred at the most delicate moment, when in EU protests began against the war because of the communal apartment and inflation. Now people will be told – be patient, look, Kyiv is able to resolve issues, be patient, everything will be ok. You don’t leave them at a crucial moment because of some utility bills.

In addition, this scenario, like the first one, has an important side effect: the forced departure of thousands of people whom Kyiv considers collaborators to Russian territories in order to avoid repression. This will cost Vladimir Putin dearly politically, because no one in the military leadership or in Russian society will accept this.

And when we say that it will cost him politically, we mean that it could cost Vladimir Putin his very power, unless it is a plan in which Moscow, seeing the impossibility of further expansion, prefers that the Russian population itself come out to Russian territory. But the latter is difficult to implement because it cannot be “digested” by Russian society.

This is a scenario that will have very dire consequences for the Russian leadership. In practice, the only scenario that would be acceptable for Russia is the second one. But whether this is actually so, will be seen in the coming days …