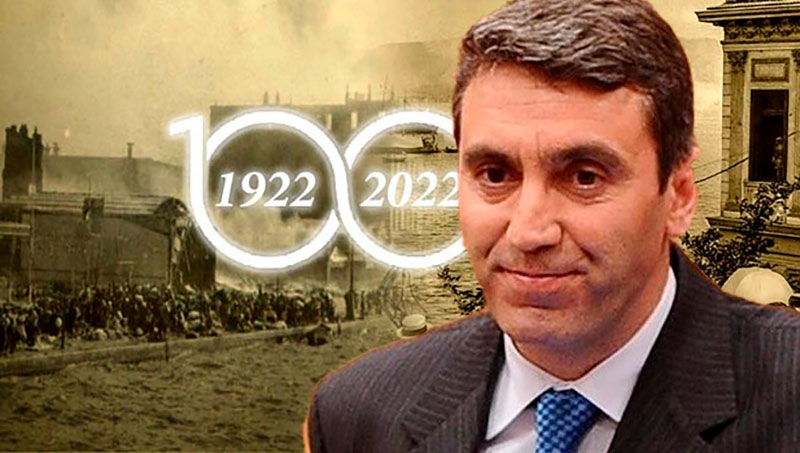 For the first time, Ankara is raising the issue of Greek war reparations for Asia Minor to Turkey, which, according to it, are provided for by the Lausanne Treaty.

In particular, the Turkish Ambassador to Athens, Burak Ozugergin, in an article in the Nea newspaper dedicated to the 100th anniversary of 1922, said: “Surely, judging by the Greek tweets, speeches, exhibitions and other commemorative events associated with that turbulent period, a neutral observer can reasonably believe that the invasion of Turkey was a mistake.

That it was the victorious Turkish armed forces that leveled hundreds of towns and villages in Western Anatolia and burned their towns to the ground while the Greek army retreated. Does it make sense?” the Turkish ambassador asks and answers “No” to continue: “Not in accordance with the post-war Lausanne Treaty. That is why the treaty obliged Greece to compensate for the damage caused in Anatolia by the actions of its army or administration, which were contrary to the laws of war.“.

The Ambassador adds: “You see, the problem is, if you don’t ask the right questions, chances are you’ll never find the right answers. Worse, you’ll keep blaming others for your own mistakes.”

Therefore, the Turkish ambassador officially raised the issue of war reparations. This is based on some of the clauses, he says, of the Lausanne Treaty.

But regardless, how does he refer to this particular treaty that the Turks violated in almost everything?

The Treaty of Lausanne provides for the self-government of the islands of Imbros and Tenedos, based on the population figures of the time. So let the Turks bring back the Greek inhabitants of the islands whom they have displaced by transporting the condemned for intimidation, ensure their safety and grant them the autonomy to which they are entitled under the Treaty of Lausanne.

So let the Turks return the Greek minority to Istanbul with the return of their property and compensation for what they suffered at the hands of the Turkish state, and then let them talk about the Treaty of Lausanne. Then it will be possible to raise the issue of reparations ….