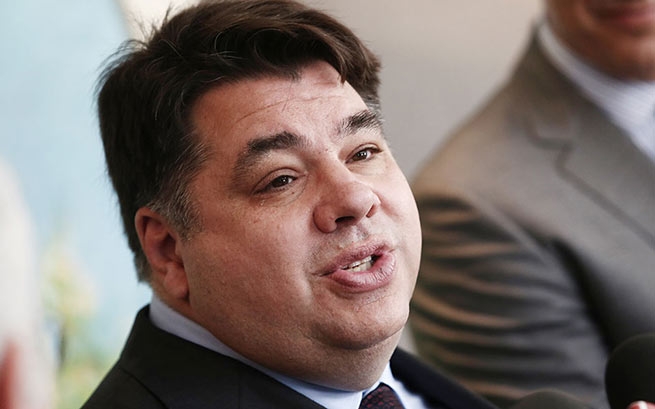 The US ambassador accused Russia of using energy as a geopolitical tool and that the crisis it caused in the world created a number of problems.

Greece was named an Emerging Energy Hub by US Ambassador George Tsunis, speaking on the sidelines of the 6th Southeast Europe Energy Forum, organized in Thessaloniki by the Hellenic American Chamber of Commerce and the Hellenic Energy Economics Society in collaboration with the US Embassy in Greece and with the strategic support of the Atlantic Council and US Chamber of Commerce Global Energy Institute.

Engaging in a discussion on the US perspective on Europe’s energy role with US Ambassadors to Albania Yuri Kim, Bulgaria Herro Mustafa, North Macedonia Kate Mary Byrnes and Serbia Christopher R. Hill, Mr. Tsunis highlighted Greece’s potential to become an energy hub for the entire Southeast Europe. In this context, Tsunis mentioned a number of projects such as the FSRU in Alexandroupoli which he says will be ready at the end of 2023, the expansion of the Revitus terminal, as well as the Motoroil investment in Corinth, while he also highlighted the potential of such projects, as connecting pipelines with Bulgaria and North Macedonia.

As for the response to the energy crisis and the position of Greece, he stressed that our country thinks not only about itself, but also about the entire region, calling this attitude the leading one.

The US ambassador accused Russia of using energy as a geopolitical tool and that the crisis it caused in the world created a number of problems. “This is an energy crisis, this is a food crisis and a humanitarian crisis,” he said, noting that there are many things we could do, many of them in the medium and short term, and others in the long term.

The US Ambassador to Greece called the forum very important, especially in the current international context, and congratulated the Hellenic American Chamber of Commerce on the initiative, while both he and his fellow ambassadors from other countries in the region stressed the need for cooperation to find a solution to the energy problem.

“Regional crises require regional solutions,” said US Ambassador to North Macedonia Kate Mary Byrnes, who, referring to the actions of the government of a neighboring country in the energy sector, stressed that energy may be necessary for national security, but it is not an exclusively national resource, therefore synergy needs to be developed.

North Macedonia may be a very small energy player in the region, but what we learned during the crisis in Ukraine is that we need to support each other, the US Ambassador noted, stressing that the interconnector is a key strategic priority, but ways are also being explored addressing the immediate consequences of the energy crisis in the country.

In turn, US Ambassador to Belgrade Christopher Hill said that Serbia’s first key problem is that about fifteen years ago it made Russia its main energy partner. “It was not a good idea,” the US ambassador said, and assessed that in the current international situation, Serbia began to look at various energy projects in the region, which would allow it to change the direction in the use of energy sources in the region. “This energy crisis will be the death of relations between Serbia and Russia that have been discussed for years,” Hill said.

The completion of the IGB project was mentioned, in particular, by US Ambassador to Bulgaria Herro Mustafa, noting its importance, especially in the current context, and congratulating Greece and Bulgaria on this, as she put it, important victory. He also called the decision to double Bulgaria’s capacity at the LNG terminal under construction at Alexandroupoli a huge step, urging “keep an eye on the nuclear energy sector.”

Finally, U.S. Ambassador to Albania Yuri Kim stressed that the United States supports various energy projects located in or passing through Albania, noting that the U.S. supports the country’s efforts to diversify energy sources and routes.

He highlighted the Skavica hydropower project in cooperation with the United States, as well as the related Vlora refinery upgrade project and the Vlora LNG project, which are of exceptional strategic importance to Albania.