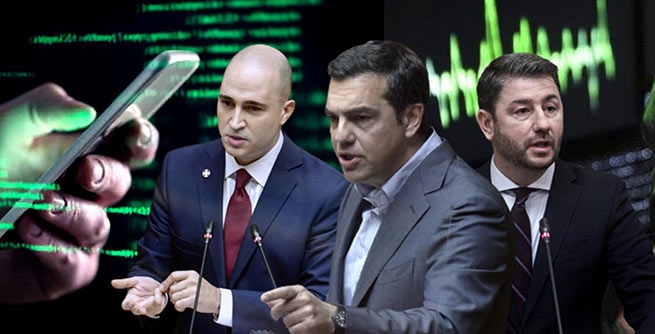 The opposition forces of the country united in order to achieve a catharsis of the Mitsotakis government. PASOK demanded that Kyriakos Mitsotakis testify as a witness.

SYRIZA and PASOK-KINAL demand that Gregory Dimitriadis, George Gerapetritis and Kyriakos Pyrrakakis, as well as Kostas Tsiaras and Panagiotis Pikrammenou be summoned to court.

This statement was reportedly supported by SYRIZA and independent MP Konstantinos Bogdanos, who asked close associates of Kyriakos Mitsotakis, such as Nikos Romanos, Yiannis Economou and Dimitris Tsiodras, to testify as witnesses in the National Intelligence Service listening to the opposition to argue that they “knew” the details of the surveillance of Andrulakis, as at least some of their statements imply.

The ruling “ND” has rejected these testimonies. Moreover, a member of parliament, a member of the committee from the ND, said that the refusal was justified by the fact that the relevant politicians were summoned to the “highest parliamentary level”, where they “gave answers.”

Prosecutor in charge of ΕΥΠVasiliki Vlachu also refused to tell the opposition, hiding behind secrecy before the Committee on Institutions and Transparency in order not to clarify the reasons that led her to approve more than 15,000 call secrecy cancellations for 2021 alone.