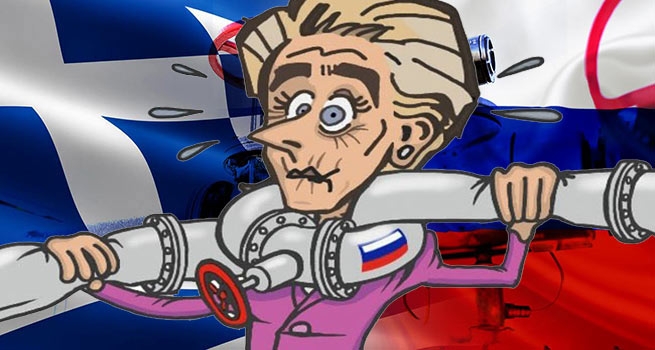 The Greek government does not agree with the restriction on the supply of Russian natural gas, as Athens understands that the blow to Greece will be too strong if Russia cuts off the gas supply through the Turkish Stream, which Greece continues to receive.

This would mean, firstly, a huge shortage in the Greek market, and secondly, a sharp rise in prices throughout the world. In the future, this will force the Greek government to provide even greater subsidies for paying electricity bills, which is already becoming an impossible task for the country’s budget.

Kostas Skrekas, Minister of the Environment and Energy, who is leaving for Brussels today to attend an extraordinary meeting on the energy crisis at the upcoming summit, will speak about this at a meeting of the Council of Energy Ministers on Friday.

The Greek government admits that the gas issue will be a problem for its survival.

It should be noted that the appeal of the Czech Republic, which yesterday openly declared its disagreement with the introduction of a limit on gas, was picked up today by other countries, such as Poland, Hungary and Slovakia. It also helped the Greek side, which is known for its “no” votes, to try to express its dissent.

Greece is putting forward a price cap on the Dutch TTF as a counter offer. According to experts, the final shutdown of gas supplies to European countries will cause a new wave of price increases, increasing the need for subsidies for consumers, which are currently the biggest headache for national budgets.

In addition, Brussels announced today that it will impose a price limit on other suppliers. To which Norway remarked that it would not reduce the price below the market, despite the “desire” of Brussels. Most likely, similar statements will follow from Algeria and Azerbaijan.

The rationale by which Greece differentiates its position was also expressed on social media by the CEO of DEPA Emporia, Mr. Kostas Xifaras. The head of the company (which was recently sold to Italy) argues that the TTF no longer reflects the balance between supply and demand, and it must be recognized that it should cease to be the main benchmark for European gas.

He notes that the current supply of LNG to Europe, combined with the high level of gas storage already achieved, should have led to lower prices. We cannot, he emphasizes, “put up with speculation caused by derivatives trading that has led to excessively high gas prices that do not reflect its true value.”

A proposal to limit the price of Russian gas supplies would be a disaster for Greece.

Greece is supplied with gas through the Turkish Stream corridor, which continues to operate and supply countries uninterruptedly, unlike Nord Stream 1, which was stopped and Vladimir Putin made it clear that it will not be resumed until sanctions are lifted against Moscow.

In fact, yesterday from the Eastern Economic Forum in Vladivostok, he warnedthat if Europe begins to impose restrictions on Russian gas and oil, then Moscow will generally stop deliveries of Russian gas …

If a EU agrees to impose restrictions, as envisaged by the Commission’s emergency measures, then Greece will be obliged to comply, but in doing so will lose cheap Russian gas, which continues to meet the country’s vital needs at much better prices than other gas, the price of which is at an even more astronomical level. level.

The Russian embargo will be a serious shock to the Greek economy.

Energy conservation aimed at reducing demand by introducing a mandatory target to reduce electricity consumption during peak hours is one of the measures that are considered universally recognized and have already begun to be studied and implemented by countries, including Greece.

This means that the Greeks will suffer greatly, perhaps even more than during the years of memos and the pandemic. Now add to this the years of the energy crisis, for which the citizens of Greece bear no responsibility, since it is the sole responsibility of the Biden administration, which caused the Ukrainian crisis, and the European governments that chose to support it, serving American interests, not their own people.

12 years of continuous crisis and at least another five predicted by the energy crisis is too hard.