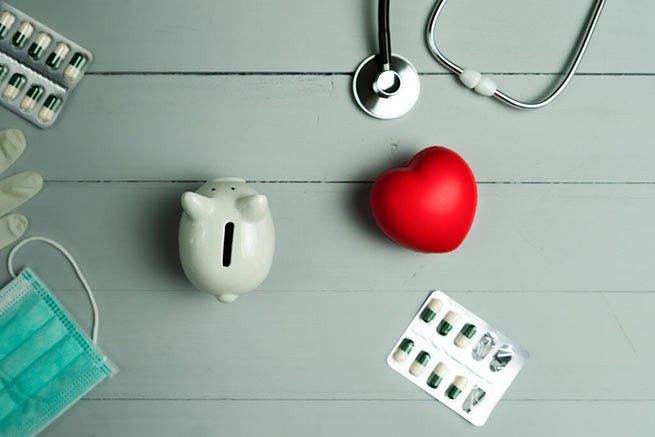 The appointment of citizens to the “personal doctor”, which was previously carried out through the GOV.GR website, in hospitals or with a personal doctor, can now also be done in pharmacies, according to the announcement of the Ministry of Health.

1) Through the registration platform personal doctor (https://ehealth.gov.gr/p-rv/p), where entry is made using taxisnet codes and AMCA.

2) Lpersonally in a medical institution or at a personal doctor, having with him his AMCA and, for ease of demonstration, an identity document or a photocopy of it.

3) in a pharmacy at the place of residence, with the AMCA and, for ease of demonstration, an identity document or a photocopy thereof.

Institute “lpersonal doctor” is a free service for all Greek citizens insured under public health insurance systems, who will now have the opportunity to consult a health doctor for health education, prevention, diagnosis, treatment and advice on serious health problems.

The Panhellenic Pharmaceutical Association has sent instructions to pharmacists on how to interact and explain the operation of the family doctor registration platform. The pharmacist chooses a personal doctor at the request of the citizen and completes the registration with him.

After the registration is completed, the citizen receives an SMS message and/or an e-mail informing him of the completion of registration with this personal doctor, as well as personal codes for electronic access to a personal electronic health card. Those who do not have a mobile phone will receive them exclusively in hard copy. Minors who have not yet reached the age of 16 cannot yet register with a personal physician.

Citizens who do not have a personal doctor will pay fines out of their own pockets. Based on the regulations expected to be issued by the Ministry of Health, they will be as follows:

They will not have priority enrollment in public health services. esysince the appointment will be made through a personal doctor and, therefore, citizens who have chosen their personal doctor will stand in front of him.

According to Healthreport.gr scheme “personal doctor” is a commitment based on financial assistance agreements signed between Greece and European lenders during the economic crisis.

PS All this, in fact, does not change anything in the Greek healthcare system. Previously, it was called “family doctor”, now “personal doctor”, the quality of service will not increase from the name change, as, in fact, the quality of their work. After all, the main reason for the current system in Greece is the lack of doctors and their overload, which leads to many months of waiting for a doctor’s appointment. Booking six months in advance is the norm today. And during this time, the patient can simply die. As a result, an increasing number of Greeks are turning to the private sector, where there are no such queues, but you have to pay serious money for the help of a doctor, despite state insurance.