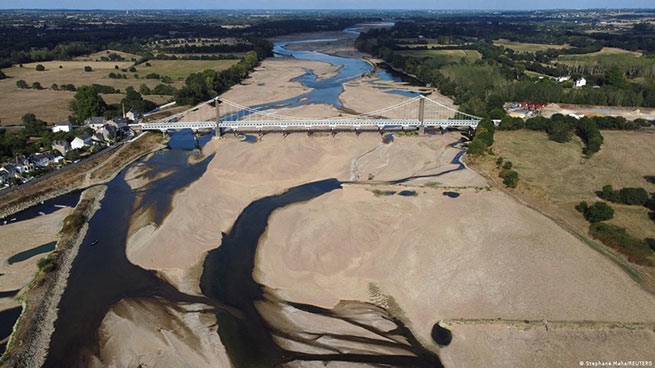 The summer of 2022 was Europe’s hottest on record as the continent succumbed to record temperatures and suffered its worst drought in centuries, the European Commission’s satellite monitoring service said Thursday.

Scientists say heatwaves and droughts are becoming more frequent and severe due to climate change. The Copernicus Climate Change Service (C3S) said temperatures in Europe were “the hottest on record for both August and the summer (June-August) as a whole.”

The data showed that August was the continent’s hottest on record by a “significant margin”, beating the previous record set in August 2021 by 0.4 degrees Celsius. “A series of severe heatwaves across Europe, combined with unusually dry conditions, has resulted in extreme summers of record temperatures, drought and wildfires in many parts of Europe, impacting society and nature in different ways,” said C3S Senior Scientist. . “The data shows that we had record temperatures not only in August in Europe, but throughout the summer, with the previous summer record set just one year before,” said Freya Vaborg.

Globally, August 2022 was the warmest on record. The average temperature was 0.3 degrees warmer than the monthly average from 1991 to 2020, according to a European agency.