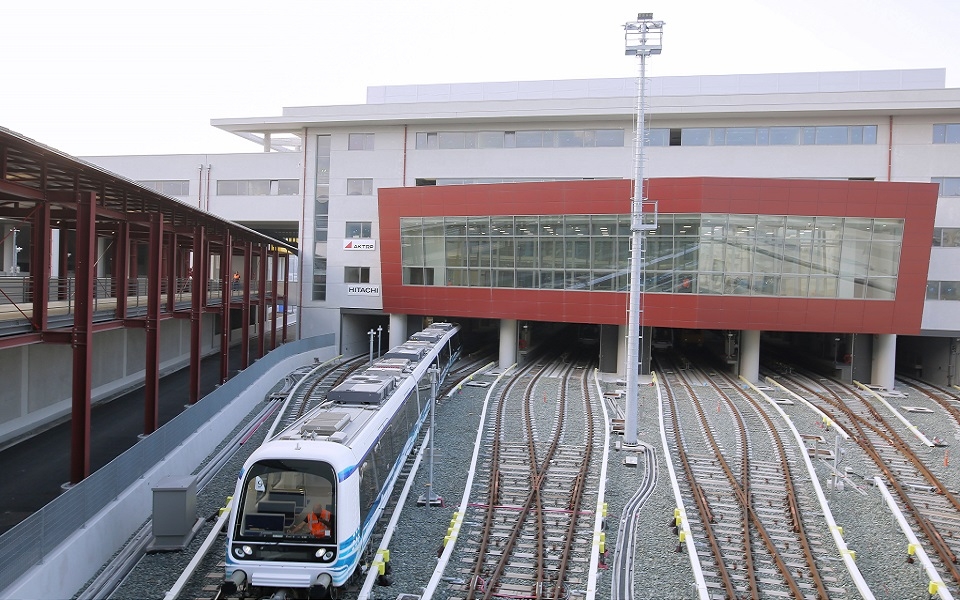 Minister of Infrastructure and Transport Kostas Karamanlis is visiting the construction site of the Thessaloniki Metro and announced that the project is at its final stage and will be put into operation at the end of 2023.

“The Metropolitan will change the face of the city and significantly improve the daily life of citizens,” the minister emphasized after visiting the Project Management and Operation Center located in Pilaya.

“Today we have the great pleasure of being in the depot at the new Attiko Metro offices and in the control center. As you can see, the test routes started normally. We are in the final phase of a project that, let me tell you, has already become the talk of the town. A project that should have been completed many years ago but never materialized. The work of the subway will really change the city, improve the daily life of the citizens,” said Mr. Karamanlis.

Noting that with the first day of taking office in the Ministry of Infrastructure and Transport, a tough specific schedule was set. At the same time, Mr. Karamanlis noted that “there is rarely a timetable for such complex projects. But it had to be done. And now even the most skeptical people admit that the work is coming to an end.”

During a tour of the Thessaloniki metro station, which covers an area of ​​1,200 square meters and will employ about 350 people, information was given on how the movement of 18 trains, which will run without a driver, will be controlled electronically.

Mr. Karamanlis also stressed that Thessaloniki metro stations will be among the most modern in Europe and will beautify not only the city, but the whole of Greece, combining the motifs “ancient Greece with a modern face of the country”.