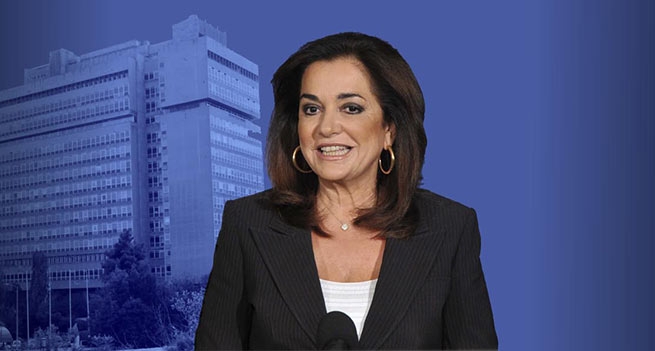 Dora Bakoyannis made a shocking statement, threatening the former and current heads of the National Security Service: “Anyone who talks will go to prison for ten years because it is a criminal offense, because of a violation of confidentiality.”

In fact, the half-sister of the Greek Prime Minister Kyriakos Mitsotakis, or, as she is called, the “grey eminence” of the current government, Dora Bakoyannis made it clear to the heads of the National Security Service that if they reveal the true reasons for the surveillance of N. Androulakis and T. Koukakis (and how many others), they will end up behind bars for many years.

Of course, another question arises: how many years do they risk spending in prison if questions about the reasons for surveillance are not answered?

At this point, an ERT reporter interrupts Dora Bakoyannis and says, “You mean some things should be kept secret, is that what you mean?” To which the former minister continues: “De facto, because if secrecy is broken, these people will go to prison for 10 years, and, as you understand, I don’t see anyone who would like to go to prison for 10 years.”

Argyris Dinopoulos also touched on this issue on his daily radio show, which you can listen to the link.

PS Judging by what is happening, Greek Watergate will not take place. Earlier, journalists learned that by order of the leadership of the secret service, all materials relating to wiretapping of the opposition were destroyed. Employees were ordered surrender all special flash drives, and they destroyed them irretrievably.

The Transparency Commission was told that they did not know anything, and the opposition could only hope for the support of Europe, which, in the current situation, is virtually meaningless. Well, the last. Greece is not the US, at least not the US of the 70s, when there was still a system of checks and balances.