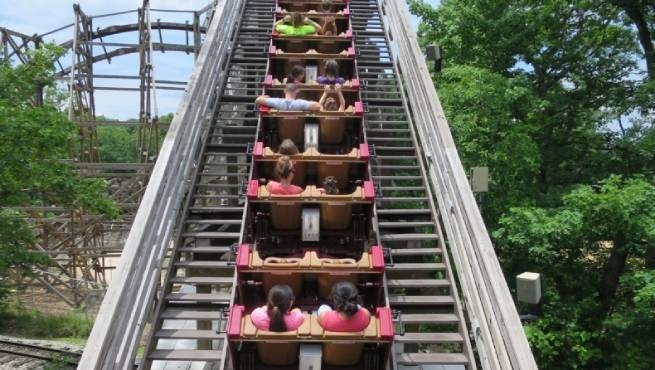 One of the four victims at the amusement park tonight: “I passed out and woke up in the water. I have bruised ribs, they put 12 stitches on my head, bruised shoulder. The girl has four broken ribs.”

One victim at Allou Fun Park is in the intensive care unit, the condition of another, a 24-year-old man, is less serious and has stabilized.

Incident happened at approximately 11:00 pm, when two young men and two girls riding a rollercoaster were thrown from a trailer and fell into the bushes. The victim, 25-year-old Stelios, tells, quotes newsbeast.gr:

“We sat on a (attraction) roller coaster, there was no belt in the trailer. Going down from the second big hill, there was not even water, right at the turn the car derailed, and we fell into the water. I passed out, and in the mud, in the water. I have bruised ribs, they put 12 stitches on my head, bruised shoulder. A girl has four broken ribs and a hole in her lung, another guy has a ruptured spleen. They came to us from the park here only to catch at least one of us who can say that things are not like that, that you got up on the slides and the like. They came to show us that it was our fault, but it is by no means the case… We are not 12 year olds to get up. We went to have fun.”