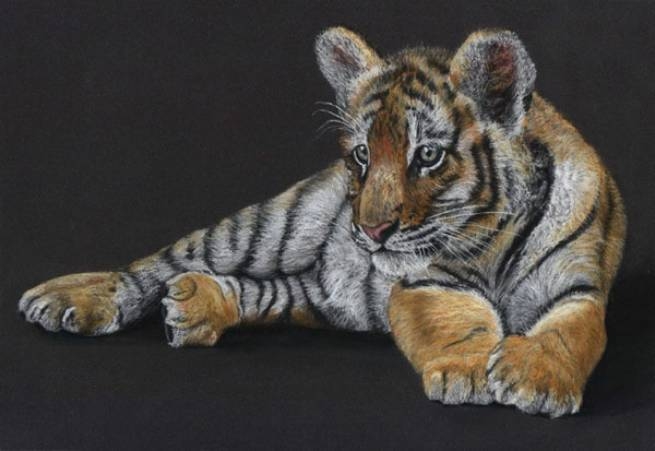 Ukrainian authorities have warned Slovakia about an escaped tiger that crossed the Ukrainian-Slovak border.

According to European Truth, referring to the portal tvnoviny.sk, camera traps on the Ukrainian-Slovak border recorded an escaped predator from a farm in the village of Strychava in Transcarpathia. On Saturday, the Facebook page of the Slovak village of Ulich reported about the movement of a tiger recorded in eastern Slovakia:

“We inform you that a tiger that escaped from a zoo in Ukraine is moving near the village. We ask you to be vigilant and limit movement outside your homes. If you see an animal, call the police or the head of the village.”

Yan Kholinka, the head of the village, confirmed the information of the portal:

“There were three phone calls with a warning from the police. First that the tiger was crossing the border, later that he had already crossed the border and the last message that he was heading towards our village.”

Another camera trap “caught” a tiger about 5 kilometers from the village of Brezovets. The predator warning appeared on Sunday on the Facebook page of the Slovak police. The police received a warning about the tiger from their Ukrainian colleagues on Saturday at 17.30. There is a hefty fine for hunting a tiger.

Tiger escaped from the household of one of the inhabitants of the village of Strychava. Director of administration of the Poloniny National Park Miroslav Bural confirmed the information to the TASR agency. According to him, the tiger cub was taken out of the zoo in eastern Ukraine at the beginning of the war, due to continuous fighting:

“This calf is a few months old and has been placed in an enclosure where families with children come to take photos, so he is used to being around people.”

He also suggested that the animal may have already returned, as there were no reports of its movements later.

Jana Žjak from the Communications Department of the Ministry of the Environment of the Slovak Republic says:

“In the Poloniny National Park, where the tiger was supposed to appear, employees and veterinarians are already on duty, who have guns with tranquilizers. However, we still have little information, and it is not even known if the tiger is even on our territory.”

The national park administration posted the following message for people who may encounter a tiger: “If you see him moving, report it immediately to our emergency number – 0911 011 382.”