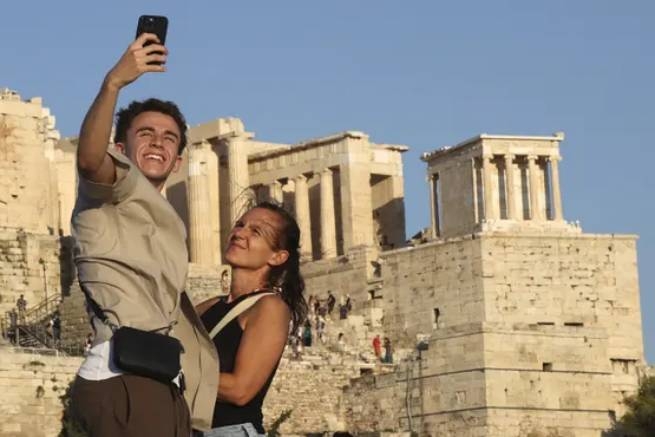 Against the backdrop of a general rise in prices in Greece, this sounds like a joke, but Athens is really recognized as the place where the cheapest vacation in Europe is.

The Guardian notes that prices have come down, with a weekend in the Greek capital costing £207 this year, compared to £218 in Lisbon, which came in second in the Post Office Travel Money rankings.

Athens is unequivocally recognized as the cheapest city holiday destination on the European continent, ahead of traditional budget destinations in Eastern Europe. Post Office Travel Money’s analysis of about a dozen typical travel spends for UK visitors in 20 popular cities found that prices in the Greek capital have fallen by 15% compared to 2021. The total bill for expenses, which included hotel accommodation (for two nights for a couple), meals, tickets for entertainment in the amusement park and travel on local transport, amounted to 207 pounds.

“Established favorites Paris, Amsterdam and Venice may be the best choice among the holidaymakers we surveyed. But they are also expensive places to visit. People who are willing to travel to a city with a lower cost of living can save their pounds significantly. Athens and Lisbon are half the price and offer sunny autumn climates as well as low prices. Our advice to vacationers is to check prices before booking.”

Attractive low prices in Athens pleasantly surprise tourists: £38.96 for a dinner for two with wine, £89 for two nights in a three-star hotel, £7.79 for a 48-hour public transport pass.

According to Post Office Travel Money, two out of five people planning a trip abroad choose a city for their vacation, this is the most popular type of vacation abroad for the fifth year in a row. Earlier this year, the cost of living in European cities rose sharply as demand exceeded pre-pandemic levels after travel restrictions were eased. Six of the cities analyzed are more than twice as expensive as Athens: Stockholm (£421), Paris (£423), Dublin (£436), Copenhagen (£456), Venice (£457), Amsterdam (£593).

A separate study by Post Office Travel Money, published in July, found that Marmaris in Turkey and Sunny Beach in Bulgaria were the cheapest of 16 popular European summer destinations.