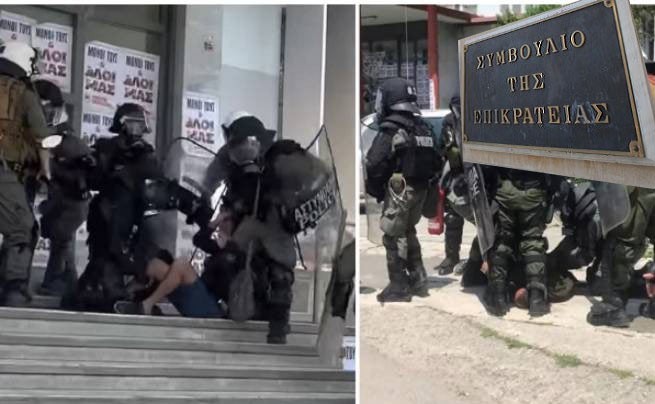 On Monday evening, protesting students clashed with police on the campus of the University of Athens in the suburb of Zografou. SWAT police were deployed to the area to protect the so-called “campus police” from protesting students.

According to media and social media reports, the MAT attacked the students with tear gas and stun grenades. The other side claims that the students threw stones at the police.

On Monday, the “campus police,” whose establishment has sparked much controversy, deployed to universities for the first time.

However, they were unable to enter the Zografa National University campus as protesting students and faculty blocked the main entrance to the campus. The campus police were outside, with the riot police nearby.

Student organizations are calling for more protests. In the coming days, the new police corps will be deployed to other universities in the Greek capital, as well as in Thessaloniki.

Initially, the police were take up one’s duties in June. This idea caused protests and objections from scientists. However, the government insisted on protecting universities from harm, especially from persons who have nothing to do with universities.

Its establishment was linked to several strange incidents, when a previously unknown anarchist group took hostage the Vice-Chancellor of the Economic University of Athens and ransacked his office. Already under the New Democracy, since 2019, anarchist groups were dispersed and evicted from the territory of Greek universities, as well as the classrooms and premises they seized were liberated.