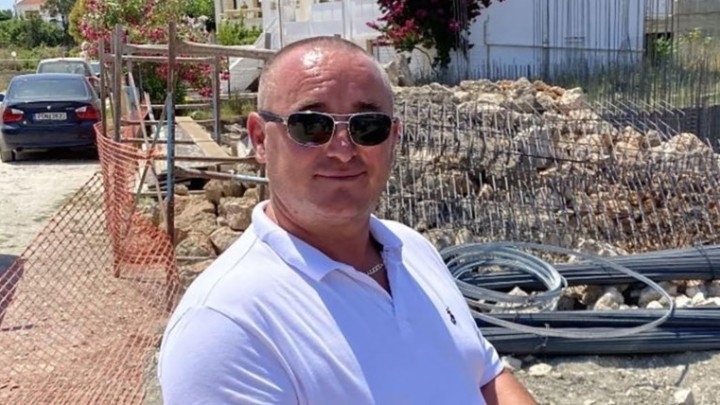 A man who went missing on the island of Rhodes in late August was found dead on Tuesday morning. The police arrested the owner of the hotel and his son on murder charges.

Tsani Topali, a 46-year-old Albanian contractor, father of three minor children, went missing on August 28 and was found dead shortly before 7:00 am on Tuesday September 8, the newspaper reported. Rodiaki.gr .

According to information received by the local newspaper, the body of the victim was found on the side of the road between Psynthos and Afantos. It was naked, there was only underwear. The victim was strangled with a rope.

All the signs and collected evidence led to the conclusion that the man’s death was the result of a criminal act. The police arrested a 53-year-old businessman, the owner of the hotel, with whom the victim had a business partnership – a few years ago, the deceased was renovating his hotel, and the perpetrator owed him money.

Referring to the statement of the Greek police, the local newspaper dimokratiki.gr reported that the 20-year-old son of the hotelier was also arrested, who confessed to the crime, saying that he helped his father move the body.

The owner of a hotel in the Kallithea district told police that the victim came to his hotel on Sunday evening to demand payment of a debt of 75,000 euros. “He was drunk and aggressive,” he claimed. The perpetrator said that he, his son and the victim got into a fight. The Albanian beat his son, and at some point he grabbed the rope, trying to save him. After strangling the contractor, the father and son loaded his body into a car, drove him to a remote area, stripped him and left him on the side of the road.

The contractor left his home on Sunday 28 August and has not been seen since. On Wednesday, August 31, his wife and brothers went to the police and reported him missing. Searches began, and on September 1, the victim’s car was found at a distance of about 400 meters from his house. The car was unlocked and the key was missing.

The police conducted a thorough investigation in the area around his home and in the area where the contractor’s car was found. Firefighters and volunteer teams joined the Rhodes police investigation, which also used specially trained dogs and drones.