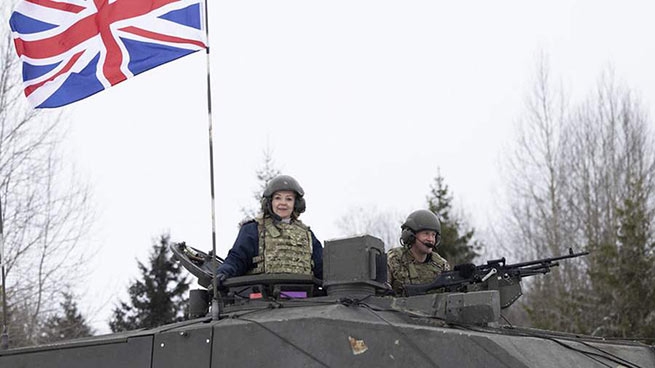 “Congratulations to Liz Truss on becoming the next British Prime Minister. During her tenure as Minister of Foreign Affairs, our bilateral relations received a new impetus with the signing of a Memorandum of Understanding with Nikos Dendias on a strategic bilateral framework between Greece and the UK on October 25, 2021 in London”, the ministry said in a statement, citing Foreign Minister Dendias.

Congratulations to @trussliz on becoming the next 🇬🇧 PM. During her tenure as Foreign Secretary, our bilateral relations gained a renewed momentum by signing w/@NikosDendias the #MoU on Strategic Bilateral Framework b/w 🇬🇷&🇬🇧 on 10/25/2021 in #London

Truss was elected head of the Conservative Party with 57.4% of the vote (81,326 votes) against Rish Sunak, who received 42.6% or 60,399 votes. Truss will replace Boris Johnson, who was forced to step down, and her parliamentary majority support allows her to officially take office as of Tuesday.