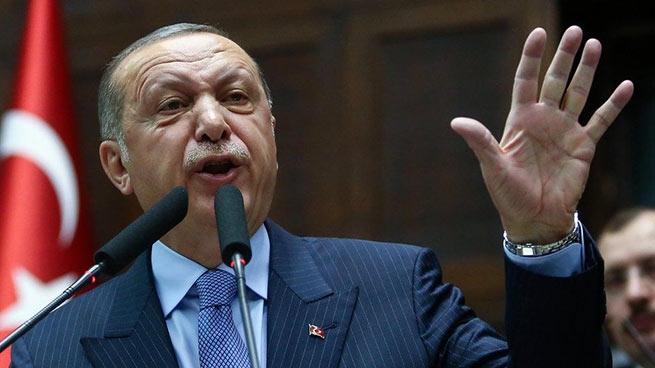 Turkish President Recep Tayyip Erdogan stepped up his rhetoric and issued new threats against his neighbor and NATO partner Greece on Tuesday, saying:

“Greece should think about what kind of relationship it wants with Turkey. As I always say, we could come one night.”

Speaking to reporters ahead of a three-day tour of the Balkans, Erdogan repeated claims, which Greece has refuted, that Greek missile systems S-300 surface-to-air planes aimed their radars at Turkish F-16 fighters on a reconnaissance mission in international airspace last month. “With regard to radar blocking, our sensitivity is maintained with determination. Greece is aware of this and has decided to correct its actions,” Turkish state-run Anadolu news agency reported.

A day earlier, Erdogan accused Greece of occupying demilitarized islands in the Aegean and said Turkey was ready to “do what is necessary” when the time comes. “Remember Smyrna,” Erdogan threatened during a speech in Samsun on Saturday.

Historical rivals, also NATO members, Turkey and Greece disagree on issues ranging from flights and the status of Aegean islands to maritime borders and hydrocarbon resources in the Mediterranean, as well as the ethnic division of Cyprus.

Ankara recently accused Athens of arming demilitarized islands in the Aegean, which Athens rejects, but Erdogan has not previously accused Greece of occupying them, reports Reuters.