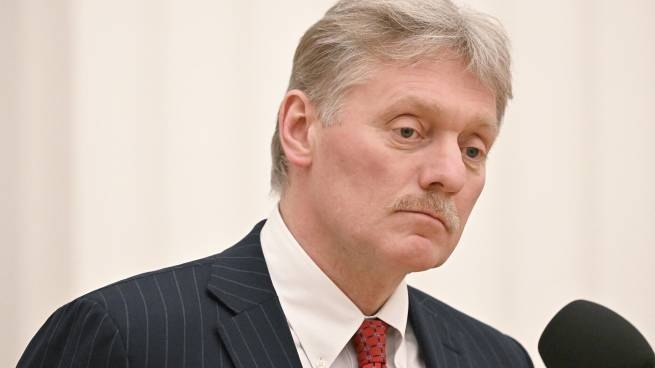 Dmitry Peskov, press secretary of the President of the Russian Federation, said yesterday that Moscow is ready for negotiations with Kyiv. Their theme, he says, might be

discussion with Volodymyr Zelensky on how Moscow’s conditions for terminating the SVO – “special military operation” will be met: “On how our conditions will be met.”

At the same time, Peskov noted, writes Interfaxthat the conditions of the Russian side remain the same – recognition of the Russian status of Crimea and the “independence” of Donbass, the neutrality of Ukraine, as well as “demilitarization” and the so-called “denazification”. The President of Ukraine, in turn, declares that he does not intend to conduct any negotiations with Moscow.

On March 29, Ukraine and Russia held talks on a peace agreement in Turkey. Ukraine agreed to a neutral status when bracketing the issues of Crimea and the “LPR” and the withdrawal of Russian troops from the territories occupied after February 23. This document should have been finally approved at the meeting of the heads of Russia and Ukraine. It is worth noting that Ukraine did not refuse to negotiate with Russia even after the facts of the killings of civilians in Bucha in early April were revealed.

According to the American magazine Foreign Affairs, in April 2022, Moscow and Kyiv were close to concluding a peace treaty. On April 5, the President of Ukraine said that negotiations with the Russian Federation should be continued, as well as preparing a meeting with Putin.

But later the position of the Ukrainian president became tougher. Since then, both Zelensky and other representatives of the Ukrainian authorities have stated that negotiations with Moscow are impossible in principle until the Ukrainian territory is de-occupied.

In political circles, it is believed that such a change occurred after April 9, when British Prime Minister Boris Johnson arrived in Kyiv on a surprise visit. Allegedly, he convinced Zelensky not to compromise with Putin and achieve Russia’s defeat in the war (officially, the Ukrainian side not only does not confirm this version, but generally denies it).

In Russia, Britain and the United States were accused of changing Kyiv’s position in the negotiations, arguing that they disrupted the movement towards a peace agreement with Ukraine. At the same time, they ambiguously made it clear that in the event of a return to negotiations, the conditions would be tougher and Russia would no longer agree to return to the February 24 line.

Advisor to the Head of the President’s Office Mikhail Podolyak commented the words of the press secretary of the President of the Russian Federation Dmitry Peskov about the negotiations with Ukraine, that they should be held on Russia’s terms. Andriy Yermak’s adviser objected to Peskov and wrote on Twitter that negotiations can only be on Ukraine’s terms, Strana quotes:

“Negotiations are possible, but only on Ukraine’s terms: after the return of territories and the elimination of criminal enclaves.”