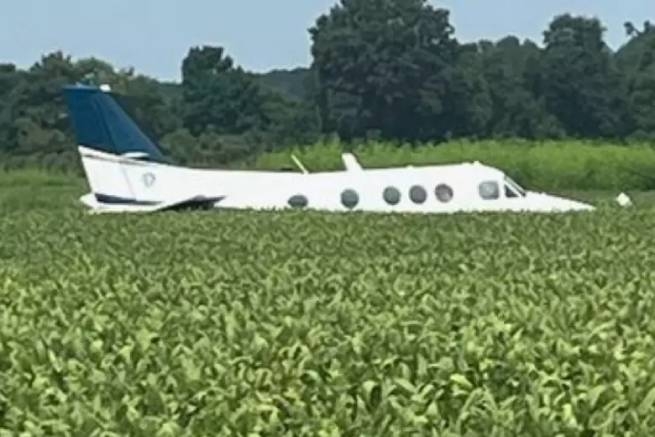 A pilot has been arrested in the United States for threatening to crash a plane into a Walmart store.

In the American city of Tupelo, in the state of Mississippi (USA), the police detained the pilot of a private light aircraft Beechcraft King Air, accommodating six people. On Saturday, September 3, he called 911 and declaredthat plans to crash into a Walmart supermarket.

Tupelo is the largest city in Lee County, located in the northeastern part of the state. As a precaution, all buildings in the shopping center area were evacuated. Eyewitnesses reported on social media that the plane “flyed in circles” over the city for more than 45 minutes.

The police began direct negotiations with him, which lasted several hours. Finally the pilot landed aircraft in the field and was immediately arrested. It turned out to be an airport employee who hijacked the plane, he did not have permission to fly. According to Tate Reeves, the governor of Mississippi, no one was hurt, and the pilot surrendered to the police:

“Fortunately the situation was resolved and no one was hurt. Many thanks to the local, state and federal law enforcement agencies who handled this situation with exceptional professionalism.”

Arrested, according to dpa agency, charged with theft on an especially large scale and terrorist threats.