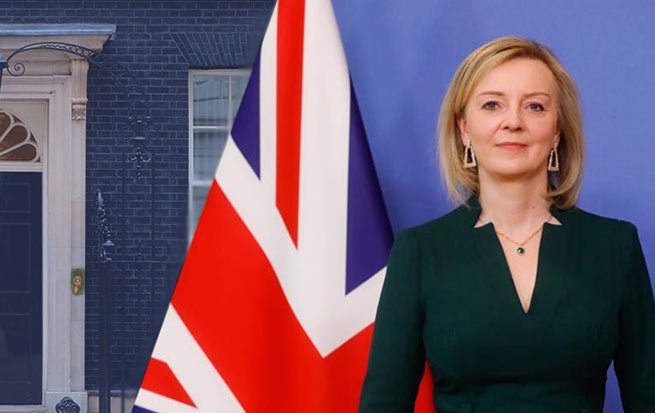 Sir Graham Brady, Chairman of the 1922 Commission, announced on Monday at 2:30 pm the name of the successor to outgoing Prime Minister Boris Johnson in Downing Street.

Liz Truss has officially become new British prime ministeras she was proclaimed leader of the Conservatives with 81,326 votes to 60,399.

Liz Truss is the first woman to hold this post in the UK since Theresa May and the Iron Lady Margaret Thatcher. It is noted that the former foreign minister faced off at the final stage of the voting process with Rishi Sunak, who was the current economy minister.

In an op-ed in the Sunday Telegraph, a day before the Conservative Party’s internal election winner was announced, Truss reiterated her willingness to courageously manage the UK’s economy, which is facing double-digit inflation and recession. Noting that she understands “how big a concern the cost of living is for everyone,” Truss said she will take “strong measures to ensure that families and businesses can get through this winter and the next.”

“If I am elected, I intend to present immediate action on energy bill payments and energy reserves within the first week of my new administration,” she said. “Later this month, my finance minister will present an economic plan that will include a broader package of actions for the economy,” she added.

Truss explained that her approach will be two-pronged and will include immediate action to address the cost-of-living crisis as well as an economic growth plan. She will also appoint a Council of Economic Advisers to come up with “the best ideas” to strengthen the UK economy. “We have to make tough decisions so as not to find ourselves in this situation every autumn and winter. I am ready to make tough decisions to restore our economy,” she stressed.

Tomorrow, Tuesday, outgoing Prime Minister Boris Johnson will travel to Queen Elizabeth II’s summer residence in Balmoral, Scotland, to hand in his resignation. He will be followed by his successor, the 15th Prime Minister, whom Elizabeth will see during her reign.

The new prime minister will then return to London to give a speech outside 10 Downing Street and announce the members of his government.

I am honored to be elected Leader of the Conservative Party.

Thank you for putting your trust in me to lead and deliver for our great country.

I will take bold action to get all of us through these tough times, grow our economy, and unleash the United Kingdom’s potential. pic.twitter.com/xCGGTJzjqb

“I am honored to be elected leader of the Conservative Party. Thank you for trusting me to lead and serve our great country. I will take bold action to help all of us through these difficult times, grow our economy and unlock the potential of the United Kingdom,” – Truss tweeted.

Truss, 47, is the most experienced politician in the current British cabinet. She has worked in government for more than 10 years, changing from one portfolio to another with three prime ministers (David Cameron, Theresa May and Johnson).

Truss spent his childhood in Scotland and in the north of England, which is considered an economically disadvantaged part of the country and a stronghold of the Labor Party. Mary Elizabeth (it is the middle name she uses as the main one since childhood) is the eldest of four children in the family of a university professor of mathematics and a nurse.

Truss is perhaps the only member of the current cabinet to have graduated from a public school that did not select students on academic performance or ability to pay. At the same time, she got a place at Oxford and it was there, by her own admission, that she first came into close contact with supporters of the conservative ideology, who until then were not among her acquaintances. Having made an ideological 180-degree turn, the girl was imbued with the ideas of the Tories and joined the conservatives when she was a little over 20 years old.