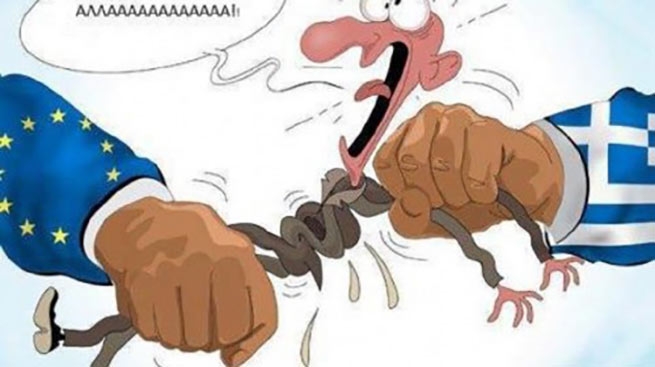 “A deterioration in the standard of living for some time is inevitable,” government spokesman Yiannis Ikonomou warned the Greeks on Sunday.

“The quality of life of citizens is under threat of a sharp deterioration,” the spokesman said in an interview with Skai TV and in an article he published in the Sunday edition of the newspaper. tovima.

His warning came the day after the development minister warned of “the winter is worse than the one that was in 1942”, despite the fact that the government welcomes a thriving economy and record-breaking tourism revenues.

Speaking of the “hard winter ahead,” Ikonomu said the government is fully aware that the people of Greece will be put to the test this winter.

“The crises that have come from Europe threaten our daily lives and the standard of living of the whole society, and even more – the most vulnerable groups of the population. Therefore, we must look for ways and answers to support citizens,” he said. He noted that the government is exploring ways to support citizens without disrupting the economy:

“The energy crisis has similar characteristics to a pandemic. It is external, it is imported and was not produced here, it has significant economic consequences, like the pandemic, so it needs economic measures and support, as it was with the pandemic“.

Ikonomou’s warnings come a day after the development minister urged Greeks to look for alternative ways of heating, at a time when the government has been assuring the people of Greece since March that it is well “protected” from the energy crisis and “the West will help us”, rejoicing in a thriving economy and record-breaking tourism revenue.

Inflation in August was 11.1%, and in September there will be another increase in prices for essential goods by 7%-10% in supermarkets, which companies have already announced.

Because the EU considering capping natural gas and/or electricity, an energy expert told state broadcaster ERT that energy companies should be subsidized. But he did not say what the price of these subsidies would be. Price in every sense of the word.

When the Mitsotakis government sells the entire state-owned gas system to a neighboring country for far less than its real value, you start to wonder why? Get 700 million and distribute them as subsidies, what’s next? Sell ​​the Acropolis?

PS Well, at least one person in the government said almost the right words: “The crises that came from Europe”, otherwise “Putin is to blame” …