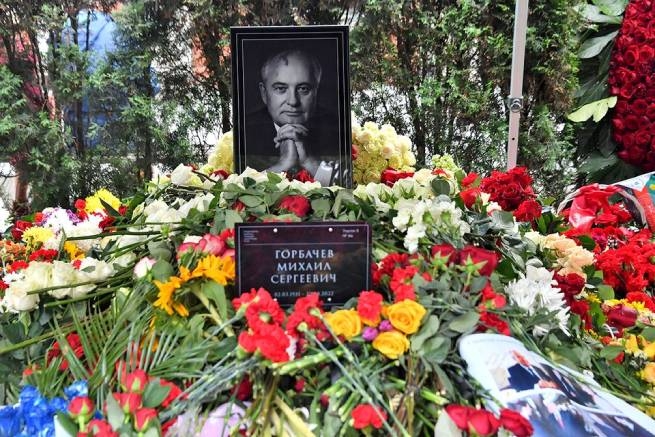 Yesterday in Moscow they said goodbye to the first and only president of the Soviet Union, the last Soviet leader, Mikhail Gorbachev. A civil memorial service was held in the Hall of Columns of the House of the Unions.

Thousands of people came to carry out the policy on their last journey, they associate the collapse of the USSR, the end of the Cold War, and democratic reforms with his name. They say:

“Today we have come to pay tribute to the memory of a real person – Mikhail Sergeyevich Gorbachev. And I really want there to be people like that in history, because perestroika, acceleration, glasnost happened thanks to such people. Now we need such politicians to resolve the situation in the world, when The world is on the brink of a third world war.

Well-known public figures and politicians came to say goodbye to the Nobel Peace Laureate. The Russian government was represented by ex-president of the Russian Federation and deputy chairman of the Security Council Dmitry Medvedev, but he left before the doors opened for ordinary citizens. A separate ceremony was organized for Vladimir Putin. Western countries were represented by ambassadors and diplomats. The only European leader to attend the ceremony was Hungarian Prime Minister Viktor Orban.

Mikhail Gorbachev was buried at the Novodevichy Cemetery, next to his wife Raisa Maksimovna. As soon as the burial began, it began to rain heavily. And it ended immediately after the coffin was lowered into the grave. A guard of honor company took part in the ceremony. The ex-president was buried with military honors and according to Orthodox canons. His portrait was carried by the Nobel laureate and editor-in-chief of Novaya Gazeta Dmitry Muratov – Mikhail Gorbachev was the co-founder of the publication.