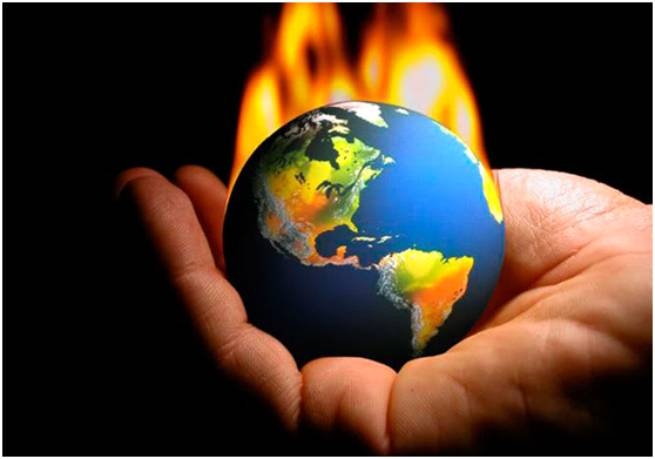 In the summer of 2022, the inhabitants of the planet felt the catastrophic climate change on their own skin.

Deadly floods in Pakistan, historic drought and heatwaves in China and Europe, torrential rains on one side of the US and the worst drought in centuries on the other: from one end of the northern hemisphere to the other, extreme weather events have made the reality of climate change more evident than ever for billion people.

This summer has taught us that we are in the midst of a climate crisis, and that its effects are already here, all around us,” said environmentalist Stefan Ramstorff, “we are heading towards a global climate catastrophe if we do not act quickly and decisively.”

Indeed, extreme weather events have followed each other this summer, with extreme and premature heatwaves already recorded in India in the spring, with temperatures often exceeding +45°C. In June, the “heat dome” covered 120 million Americans, followed by a series of storms and floods.

Meanwhile, the western US continues to suffer from a long period of drought. Large-scale fires broke out in Spain and Portugal, a glacier collapsed in Italy, killing five people. China is experiencing a historic drought that has engulfed half of the country, and the famous Yangtze River, a vital source of drinking water and electricity, has dried up in many places.

“Rising global temperatures due to the use of fossil fuels were correctly predicted back in the 1970s,” recalled Ramstorf from the Potsdam Institute PIK. The heat waves repeat, become longer and even hotter. “The magnitude of the phenomenon is consistent with what was predicted,” as is the increase in heavy rains and droughts “that were predicted three decades ago. Europe is subjected to heatwaves three or four times more often than other regions at the same latitude in the Northern Hemisphere,” says the specialist, “in Britain for the first time this year, temperatures exceeded 40 ° C, and on the French coast, the temperature was 4 -5 degrees above normal.

“We may wonder if the drought that hit the northern hemisphere in 2022 can be considered one of the worst in modern history because of its scale and intensity,” said Omar Badus of the World Meteorological Organization.

The effects of heat and drought are often combined. According to UN climate experts, for every degree Celsius the Earth’s temperature rises, 7% more water evaporates into the atmosphere.

“If we do nothing, we will come to a catastrophe much faster,” experts say. This has repercussions on all levels: in Pakistan, the torrential monsoons have killed more than 1,100 people, flooded a third of the country, destroyed crops and affected 33 million people. China, experiencing its hottest summer in six decades, has boosted coal production to make up for limited hydropower. In Europe, drought helped spread fires in many countries, corn crops in France were scorched by the heat, and leaf litter covered the streets of London in August.

Will the summer of 2022 be the “coolest” of our lives? “No, summers will also be cooler than in 2022,” environmentalist Jean Jouzel assured, “but its counterpart will be repeated and become more frequent, and by 2040-2050, the summer of 2022 will become the norm.”