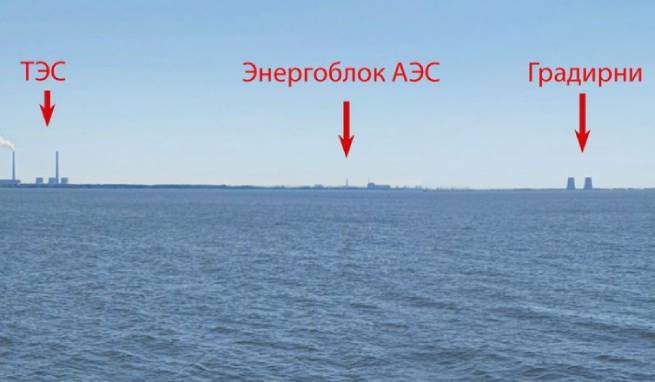 The International Atomic Energy Agency reports that only one power unit is operating at the Zaporizhzhya NPP, the second has been turned off.

Electricity is now supplied through a backup line, as the nuclear plant was disconnected from the last main power line, reports IAEA:

“Ukrainian Zaporozhye nuclear power plant has once again lost connection with the last remaining main external transmission line, but the facility continues to supply electricity to the grid through a backup line.”

The station’s Ukrainian personnel told the IAEA experts that the fourth operating 750-kilovolt power line was out of order, three more had been lost earlier during hostilities.

Agency specialists note that electricity from ZNPP is supplied via a 330/750 kV backup line, which connects it to a nearby thermal power plant. The same line can provide backup power to the nuclear power plant if needed, they say:

“The plant management informed the IAEA team that one of the two operating units of the ZNPP was turned off on Saturday afternoon due to network restrictions. The same unit No. 5 was also turned off on September 1 – the day General Director Grossi arrived at the facility – due to an internal power failure, but was reconnected the next day.”

One power unit is still operating, the experts specified. Meanwhile available The Insider it turned out to be a video of the operation of Russian multiple launch rocket systems (MLRS) from the territory of the Zaporozhye nuclear power plant (ZNPP). It was filmed on the night of September 2-3. The footage shows that the MLRS are located in close proximity to the power unit.

“The frame shows the pipes of the Zaporizhzhya TPP, which are also visible in this panoramic photo from Google. Filming is really being done from the opposite bank of the Dnieper, the camera is directed to the south. This means that the launch site of the MLRS is located to the west of the Zaporizhzhya TPP. Also to the west of the thermal power plant is the territory of the nuclear power plant itself, but it is impossible to establish whether rockets are really launched from the territory of the plant.