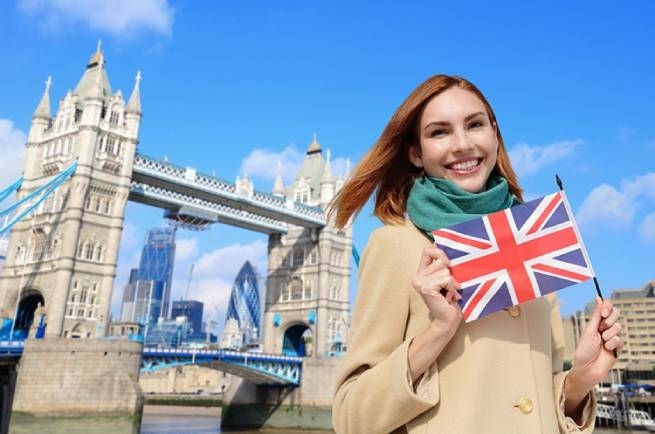 “Officially homeless” – why can this status become a reality for refugees from Ukraine fleeing the war in the UK?

Ukrainians face serious problems with housing, because after the end of government support, free accommodation under the “House for Ukraine” scheme will become unavailable.

Initially, the British state project was more than attractive. The authorities pledged to pay each month the families who sheltered the Ukrainians, 350 pounds. The project was designed for six months with a possible extension up to 12 months. Moreover, the government plans to double the amount, taking into account inflation and rising prices. But … the project “hung” because of the government crisis and the change of prime ministers.

According to the British media, now many Ukrainians were in danger of being evicted, and some are already registered as homeless – there are already more than a thousand families, mostly with children. According to the Guardian, the situation will worsen, and the number of homeless Ukrainians will increase. Between 15,000 and 21,000 Ukrainians could be left homeless in winter. By the middle of next year, their number could rise to 50,000, according to children’s charity Barnardo’s.

It is very problematic to rent housing on your own – exorbitant rental prices and strict requirements become an obstacle. According to British volunteers, many Ukrainians are already returning to their homeland, where hostilities continue. Lawrence Mitchell, who works with refugees, tells Strana:

“Especially those who unsuccessfully got to the sponsor and who are with children. They are less mobile and more dependent. A common bad option is that the sponsor kicked out, there is nowhere to live. – a big problem, and the locals have been waiting for it for years (and they often settle in shacks for the homeless in a bad area, with residents of low social responsibility). And there are options – shelters for victims of domestic violence and the homeless. But these are also not good places for families with kids”.

He explains that the UK has a system to protect the homeless, especially mothers with small children. Perhaps some Ukrainians in this category will be able to use some support. However, he emphasizes: “The idea is that in half a year you get used to and start to provide for yourself.”

Statistics say that almost half of the Ukrainians who arrived have already found a job, but the other half is still trying to find a job. The reason for the failures is the poor command of English and the non-recognition of their qualifications in the UK.

No less difficulties arise when renting a home. Ukrainians complain that in order to rent an apartment, the owners often require either an unbearable deposit for six months, or even a year (this is at least 6-12 thousand pounds), or employment documents with bank statements, or a British guarantor. But where does all this come from for the newly arrived refugees? Galina Maksimovskaya, from Odessa, who lives in a British family, says:

“Our sponsors have transparently hinted that we will have to move out in September – they clutch at their heads because life is becoming more expensive, and most importantly, that utility bills will eat up a quarter of the salary. They scold the authorities because, according to them, does little to solve the looming problems of inflation, and that the candidates for premier offer nothing of substance, and when they stop being paid even that £350, and the bills grow even more because of us “tenants”, they, Of course, it will be unprofitable.But what should we do and where to look for housing?Rent prices here have grown and will continue to rise (kopeck piece – 800-1000 pounds, this is 35-45 thousand hryvnias), and for one apartment there are often dozens of people Plus “casting” (yes, in Britain, apartment owners choose who to hand over their meters to). Plus, someone came with animals, which also makes the search very difficult. We are thinking of returning to Ukraine.”

Olga Klimashovskaya from Kyiv also faced a housing problem. However, she was lucky, the woman says:

“There are three of us. And finding housing for people who have recently arrived in the country, without a normal job, credit history and other documents, and with a child, is an almost impossible mission. We searched for a long time, contacted agencies and looked at sites that were repeatedly recommended here , searched for a market place on Facebook. They didn’t consider London – it’s too expensive and difficult. We seriously considered moving to the north of England, where rent is much cheaper, we thought it would be easier to rent there, but it turned out that this is not the case. Everything is complicated there too “A million calls to real estate agencies that ended with the words: “We’ll call you back.” They offered to pay rent six months in advance, which didn’t help either. As a result, we were just lucky to meet a good person who had a free apartment for rent at that time. And we just concluded a lease agreement directly with the landlord (owner), who was not only satisfied with the tenants on benefits (unemployment benefits), he even stated that it was more profitable for him that we had a child ok, who cannot be homeless, which means that the council (mayor’s office) will pay anyway. But I know that not all landlords think this way. After the conclusion of the contract, we informed the payment service about the change of address and data on how much we pay for housing. A month later, they received compensation for the rent. Comes in one amount along with the allowance.

But not everyone is so lucky. Many of those who came to stay with relatives on a family scheme have been thrown out the door, and they have no choice but to declare themselves homeless. British journalist Leila Maghribi says: does not provide for this.”

Meanwhile, refugees from Ukraine continue to arrive in the UK every week, 4-5 thousand. Almost 25% of British sponsors said they would like to accept refugees for up to six months. But while most said they would like to continue hosting for more than six months, many expressed concern that the monthly government stipend would not cover skyrocketing energy bills and rising food costs.

A national survey found that one in 10 donors admitted that the rising cost of living had “a huge impact” on their ability to provide support. Almost all the hosts said that they supported the refugees in addition to living – they fed and clothed them.

Charitable organizations are sounding the alarm about the availability of long-term housing for Ukrainians. After all, there are still 10,000 refugees from Afghanistan in the country, who have been living in hotels for a year. Harrington, the Refugee Minister, is encouraging that monthly payments to British sponsors should double in six months to £700. But he does not have such powers, and the Ministry of Finance is not up to it yet. Mayor of London Sadiq Khan said:

“It is vital that the government steps forward and offers more support. Ukrainian families have come to our country in search of help and stability, and the government must act now to ensure that the hosts receive financial assistance and support so that they can continue their activities and prevent a catastrophic rise in homelessness.

The chairman of the local government association in England, James Jamieson, warned of a rather large risk for Ukrainians to be left without a roof over their heads if the authorities do not take the necessary steps, writes the Guardian:

“There is a significant risk that many Ukrainian families may be required to register as homeless due to a lack of sponsors or other options.”