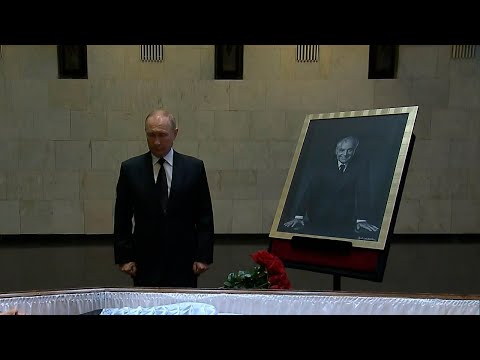 The funeral of the first and last president of the USSR, Mikhail Gorbachev, in Moscow is not expected to be attended by European leaders, nor will Russian President Vladimir Putin be present.

While London, Paris and Berlin respect Gorbachev for his contribution to ending the Cold War, Russia’s invasion of Ukraine has heightened tensions between the West and Moscow, according to the Greek publication dikaiologitika.gr.

In connection with the sanctions imposed against Russia and Russia’s retaliatory measures, commercial flights between the country and member countries have been suspended EUwhile Moscow, in response to Western sanctions, banned Western politicians from entering its territory.

German Chancellor Olaf Scholz said: did not receive an invitation to Gorbachev’s funeral. Angela Merkel turned down the invitation, citing a knee injury.

AT mourning The ceremony will be attended by diplomats and ambassadors, including French Ambassador to Moscow Pierre Levy, as well as American John Sullivan.

On Thursday, Putin went to a Moscow hospital, where Gorbachev, 91, died after a “long and serious illness.” The President of Russia laid a bouquet of red roses at the open coffin of the last leader of the USSR, honored him with a minute of silence and bowed his head respectfully.

No day of national mourning declared in Russiaalthough, as the Kremlin stressed, his ceremony will have “all the elements of a state funeral.”

Gorbachev’s daughter Irina said the ceremony would be modest (10:00 local time and Greek time). His body will be displayed in the Hall of Columns near the Kremlin, as was traditionally done by Soviet leaders.

He will be buried at the Novodevichy Cemetery in Moscow next to his wife Raisa, who died in 1999.