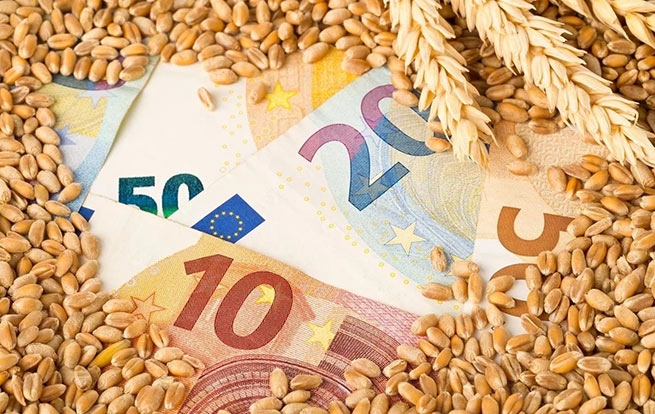 Taras Vysotsky, Deputy Minister of Agriculture, said that Ukraine plans to export up to 5 million tons of agricultural products in September “to feed hundreds of millions of people in the world.”

The rhetoric about the world’s poor, especially the poorest countries in Africa, who will face starvation without Ukrainian grain, was actively used during the negotiations on the opening of the so-called. grain corridor for the export of agricultural products from Ukrainian ports. It is understandable: there is a war going on in Ukraine without any hope that it will be possible in the near future to agree on stopping people from dying. But when it comes to the economy, it is quite possible to reach agreements. Well, they came up with an explanation: the point, they say, is not about money, but about starving African children.

Reality tells a different story. In the six months of 2022, according to the Ukrainian Ministry of Agrarian Policy, 3.8 million tons of corn were exported from the country, which, taking into account the blocking of seaports, is only 37% less than in the same period of 2021. But the export of wheat (the very one that they will allegedly try to feed the hungry) amounted to only 636 thousand tons against 3.8 million tons a year ago, that is, the volume of wheat supplies over the past year has decreased six times!

About 70% of Ukrainian corn is consumed by the European Union: it is fed to cattle there. Moreover, European livestock breeders prefer Ukrainian corn, and not American, because it is non-GMO. Pigs and cows, of course, do not care what to eat, but farmers have a difference: after all, it is desirable for them to attach a “non-GMO” label to finished products, which contributes to sales. And if Ukrainian corn can still be delivered relatively inexpensively to Germany or Holland by rail, then to the south-west of Europe (in the same Spainwhich imports about a quarter of all Ukrainian corn) shipping by sea is much cheaper.

So don’t be fooled by divorces: the fate of starving African children does not soar anyone, and the “grain corridor” is about something else. By the way, there is nothing criminal in this: Ukraine seeks to sell its products to those who want to buy them in order to somehow support the rapidly declining economic pants. Europe does not want to lose a proven source of an important resource for its economy. Turkey, as an intermediary and logistics hub, is generally in chocolate. The only question is why Russia needs all this, which, by the way, is itself the largest exporter of agricultural products. There seems to be something we still don’t know about what’s going on.